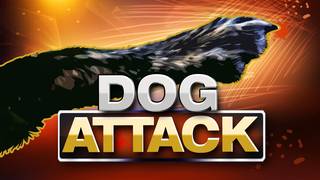 Early Tuesday afternoon, the Slaton Police Department responded to the report of a dog attack at a home in the 900 block of South 14th Street.

Slaton Police Chief Trevor Barnes said two women aged 18 and 17 were watching children on a trampoline in the backyard of the home. The two women and a 1 year old boy were attacked by a pair of pit bulls.

The two women tried to get the dogs off the boy, the dogs attacked them. Barnes confirmed that the  18-year-old mother and her infant son were taken to University Medical Center in Lubbock. The 17-year-old woman was taken to a clinic in Slaton.
Barnes said the boy was seriously injured during the attack. The two women suffered minor injuries .

It is believed the pit bulls were owned by the grandmother. The owner released the dogs to Slaton Animal Control.

Both of the dogs will be put down and tested for rabies. Officials said there is no prior history of violent behavior by the two dogs.