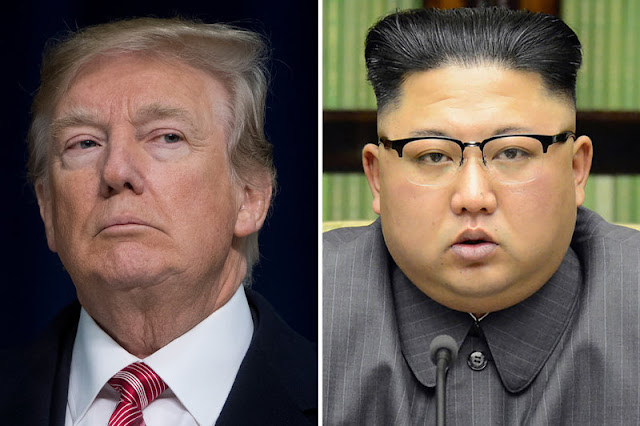 President Trump on Friday said he would be willing to meet with North Korean leader Kim Jong Un in the Demilitarized Zone (DMZ) between North and South Korea after the Group of 20 (G-20) summit that's taking place this weekend in Japan.

"After some very important meetings, including my meeting with President Xi of China, I will be leaving Japan for South Korea (with President Moon). While there, if Chairman Kim of North Korea sees this, I would meet him at the Border/DMZ just to shake his hand and say Hello(?)!" Trump tweeted.

Asked Friday at the G-20 about the possibility of meeting with Kim at the DMZ, Trump described it as a spur of the moment idea and said “I just thought of it this morning."

Trump attempted to make a surprise visit to the DMZ in November 2017, but was forced to turn around due to bad weather that made it difficult for his helicopter to fly. Vice President Pence and other administration officials have visited the area before.

The region, a heavily guarded border dividing the North and South, is occupied by thousands of troops from both sides and is littered with land mines. Former President Clinton once called it “the scariest place on earth.”

The DMZ was created after the 1953 armistice that unofficially ended the Korean War.

Trump considered meeting Kim there in 2018 before deciding to hold their first summit in Singapore.

The president’s visit this week comes amid renewed contact with the North Korean leader following their failed nuclear summit in Hanoi in late February.

Trump recently said he received what he called a “beautiful letter” from Kim containing birthday greetings. The president sent Kim a thank you note and letter in return.