Trump: Iran 'made a big mistake' shooting down US drone 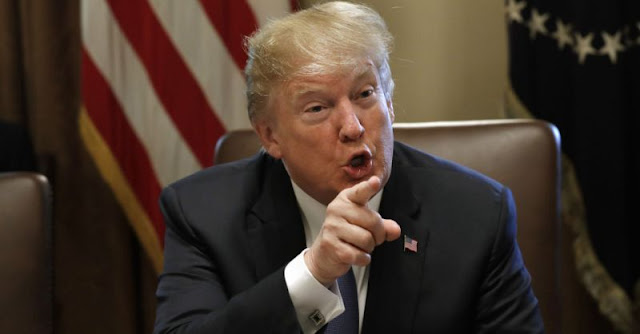 President Trump declared Thursday that Iran “made a very big mistake” after the country shot down a U.S. drone, but suggested he may be restrained in any response.

The president’s first reaction to the strike came in a morning tweet, in which he did not say how the U.S. may respond. Asked later at the White House if he plans to strike Iran, Trump said the public “will soon find out” but did not elaborate.

“Obviously, you know we’re not going to be talking too much about it. You’ll find out,” he told reporters in the Oval Office during a meeting with Canadian Prime Minister Justin Trudeau.

Trump, however, appeared to give Iran some benefit of the doubt by saying the downing of the drone may have been the unintentional act of someone who was “loose and stupid.”

“I have a feeling that it was a mistake made by somebody who shouldn't have been doing something that they did,” Trump said. “I find it hard to believe it was intentional, if you want to know the truth.”

Trump said if U.S. military personnel had been inside the aircraft, it would have “made a big, big difference.”

The incident came amid heightened tensions between the U.S. and Iran over Tehran’s nuclear deal with other world powers, which appears to be falling apart.

While Trump left the door open to a military response, he also appeared eager to lower the temperature before the dispute escalates into an armed conflict.

“I said I want to get out of these endless wars, I campaigned on that,” the president told reporters, later adding that “this is a new wrinkle, a new fly in the ointment what happened, shooting down a drone. And this country will not stand for it.”

Both sides disputed the circumstances surrounding the drone incident. Iran’s Revolutionary Guard said it shot down the drone over Iranian airspace, but the U.S. said it was flying in international airspace over the Strait of Hormuz in a freedom of navigation mission.

U.S. Central Command in a statement called the downing of the drone an “unprovoked attack” and denied Iran’s assertion that the drone was over Hormozgan Province in southern Iran. Air Force Lt. Gen. Joseph Guastella told reporters at the Pentagon the drone was operating 34 kilometers from the nearest point of Iranian land when it was intercepted.

Guastella did not take questions about the incident.

Trump backed up the military’s account after Iran accused the U.S. of “lying,” saying it is “scientifically documented” that the drone was over international waters when it was downed.

The White House has invited congressional leaders to the Situation Room on Thursday afternoon for a briefing on Iran. Trump is expected to attend.