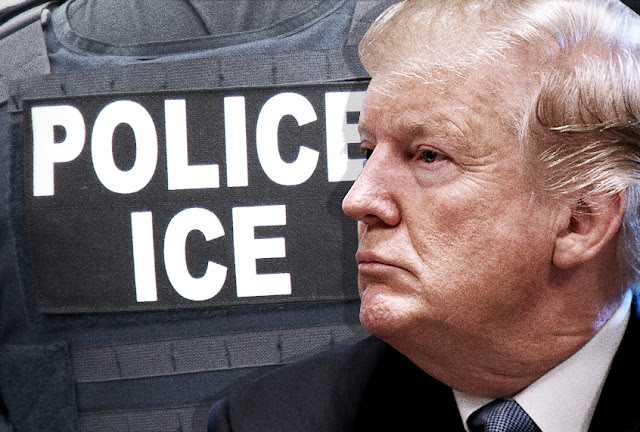 President Trump announced he would delay for two weeks an Immigration and Customs Enforcement (ICE) operation that would have deported as many as 2,000 illegal immigrant families.

Trump said the delay would allow for negotiations on Capitol Hill regarding immigration reform.

“At the request of Democrats, I have delayed the Illegal Immigration Removal Process (Deportation) for two weeks to see if the Democrats and Republicans can get together and work out a solution to the Asylum and Loophole problems at the Southern Border. If not, Deportations start!” Trump tweeted.

But past talks have proved fruitless, as both Democrats and Republicans remain dogged by disagreements about funding for enforcement efforts at the border, among other issues.

The plan, which was first reported this week, was set to involve pre-dawn raids Sunday morning in cities with major immigrant communities, including Houston, Chicago, Miami and Los Angeles. The operation would target migrant families who have already received deportation orders.

The president defended the plan as late as Saturday morning, tweeting, “The people that Ice will apprehend have already been ordered to be deported. This means that they have run from the law and run from the courts. These are people that are supposed to go back to their home country. They broke the law by coming into the country, & now by staying.”

“When people come into our Country illegally, they will be DEPORTED!” he added in a subsequent tweet.

Some Homeland Security and ICE officials reportedly had expressed concerns that the plan was a political attempt by Trump to underscore his hard-line stance on illegal immigration as his 2020 reelection bid gets underway.

The plan faced staunch opposition from Democrats, who also panned the move as political.

“Millions of people will enter this weekend filled with fear. Children who are U.S. citizens will wonder if their mothers will be ripped from home in the pre-dawn hours before church on Sunday. And why? So Trump can vilify immigrants as part of a political campaign. It's shameful,” Sen. Kamala Harris (D-Calif.), who is running to unseat Trump, tweeted.

“Chicago will always be a welcoming city and a champion for the rights of our immigrant and refugee communities, and I encourage any resident in need of legal aid to contact the National Immigrant Justice Center,” she said Friday.

Despite Saturday’s reversal, both Trump and several Democratic presidential candidates appear keen to underline immigration in the 2020 race, with the White House maintaining that a crisis at the border requires strong action while its opponents slam any crisis as “manufactured” and say the administration’s responses are inhumane.