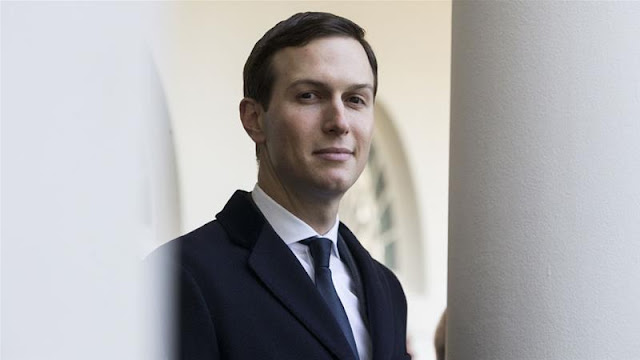 The Trump administration has released the economic portion of its long-promised Middle East peace plan, which calls for $50 billion in new investment to aid Palestinians and neighboring Arab states, as well as the building of new infrastructure to connect the West Bank and Gaza.

The plan unveiled on Saturday, called "Peace to Prosperity," calls for investment in infrastructure, private-sector growth and regional development, among other areas, in order to "empower the Palestinian people to build a prosperous and vibrant Palestinian society."

It's being touted by the Trump administration as "the most ambitious and comprehensive international effort for the Palestinian people to date."

White House senior adviser Jared Kushner, the architect of the Trump administration's peace plan, is expected to formally introduce the economic component at a conference in Bahrain next week. It will only be implemented if a political solution is reached between Palestinians, Israelis and other actors in the region.

According to the plan, around half of the $50 billion in aid would go to Palestinians in the West Bank and Gaza over a 10-year period, while the other half would be split among other Arab countries in the region.

The plan also calls for boosting the tourism sector in Palestinian lands, as well as providing better access to education and job-training programs.

Doubts have swirled around the administration's much-touted peace plan, which has been in the works nearly as long as President Trump has been in office. Last Sunday, the White House's special envoy Jason Greenblatt said the political portion of the peace plan could be delayed until November.

His comments came after the White House decided to delay the rollout, which had at one point been pitched by Kushner for June, after Israeli Prime Minister Benjamin Netanyahu failed to form a governing coalition.

Trump himself also damped expectations for the plan after reports that Secretary of State Mike Pompeo had cast doubt on it in a closed-door meeting later reported by the Washington Post.

“It may be rejected. Could be in the end, folks will say, ‘It’s not particularly original, it doesn’t particularly work for me,’ that is, ‘It’s got two good things and nine bad things, I’m out,’ ” Pompeo said, according to an audio recording obtained by the Post.

Asked by reporters to comment on his top diplomat's remarks, Trump said, "Look, we’re doing our best to help the Middle East to get a peace plan, and he [Pompeo] may be right. I mean, most people would say that."