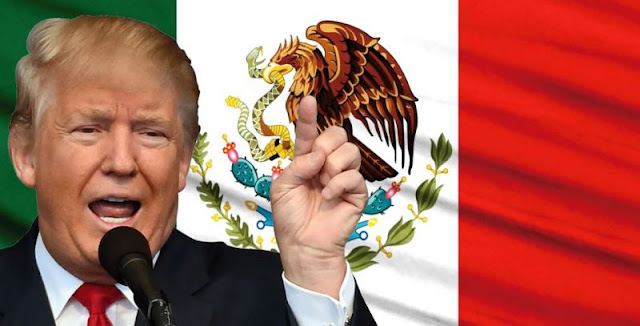 U.S. and Mexican officials are discussing a new agreement that would ramp up Mexico’s immigration enforcement effort and allow the U.S. to deport Central American asylum seekers as both sides work to clinch a deal that will avert tariffs on Mexican products, according to an administration official.

It’s not clear if President Trump, who is traveling in Europe, or Mexican leaders would eventually accept the terms of such an agreement.

Delegations from both countries held staff-level talks in Washington on Thursday, one day after a meeting convened by Vice President Pence did not result in a deal to avert sweeping tariffs on Mexican goods Trump has threatened to impose by Monday.

White House officials said Thursday the talks have not yielded enough progress and, at this point, the tariffs would go into place as planned on Monday.

“Position has not changed, and we are still moving forward with tariffs at this time," White House press secretary Sarah Huckabee Sanders said in an email.

Pence said at an event in Pennsylvania that the administration was “encouraged” that Mexican officials “brought even more proposals today” and confirmed that the two sides discussed “new understandings” on asylum rules.

Separately, a White House official said there would be more talks Thursday night between the two sides at the State Department. The official said that "progress is being made but [we're] not there yet."

The contours of the proposed agreement were first reported by The Washington Post.

Under the deal, Mexico would deploy thousands of national guardsmen to the border with Guatemala in an effort to stop migrants from Central America from heading north toward the U.S.

The countries would also change their asylum rules to require Central American migrants to apply for relief in the first foreign country they enter.

Mexico would agree to take in asylum seekers from Guatemala, who would be swiftly deported from the U.S. rather than await their asylum cases in the states. The U.S. would send Salvadorans and Hondurans to Guatemala, according to the report.

Acting Homeland Security Secretary Kevin McAleenan, one of the principals in this week's discussions, was in Guatemala late last month and signed a migration cooperation agreement with that country’s authorities. The topic of housing asylum seekers there came up, according to the official.

The plan faces several possible roadblocks. Mexico has repeatedly balked at signing a so-called safe third country agreement with the U.S., which would force asylum seekers to apply for status in the first country they enter after leaving home. It is not clear if the threat of tariffs has changed that calculus.

It also remains unclear if such an agreement would satisfy Trump, who has threatened to impose a 5 percent tariff on all Mexican goods, which would increase to 25 percent by October if Mexico does not show it can crack down on illegal migration.

“We’re having a great talk with Mexico. We’ll see what happens, but something pretty dramatic could happen. We’ve told Mexico the tariffs go on, and I mean it, too. And I’m very happy with it,” Trump told reporters earlier Thursday in Ireland, before the latest round of talks began.

The plan, should it take effect, could also face court challenges from immigrant rights groups and others who object to changes in asylum rules.

Advocates argue that Mexico and Guatemala should not be considered safe third countries, since they could be preyed on by criminal gangs and face harsh detention conditions.

Nonetheless, the proposed agreement offers perhaps the clearest glimpse yet at the conditions the U.S. may accept in order to scrap the tariffs.

White House officials have previously been vague about what Mexico might need to do to avoid tariffs, but they cited the border with Guatemala, efforts against criminal gangs and the asylum system as persistent areas of concern.

Ebrard resumed negotiations with lower-level officials from the State Department, Department of Homeland Security and the White House counsel’s office.