Thousands of migrants in ICE custody under quarantine for mumps, chicken pox exposure 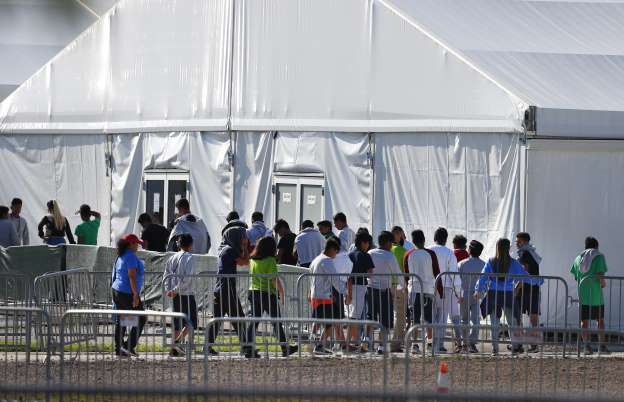 Immigration authorities have placed more than 5,000 adults in medical quarantine because of mumps and chicken pox outbreaks in immigrant detention centers.

The quarantine order affects people in 39 Immigration and Customs Enforcement (ICE) detention centers throughout the country, not all of whom have been diagnosed with either infection, but who have been exposed.

“From an operational perspective, the impact is significant in the short and long term and will result in an increase in cohorted detainees’ length of stay in detention, an inability to effect removal of eligible cohorted detainees, and postponing scheduled consular interviews for quarantined detainees,” said Nathalie Asher, executive associate director for ICE Enforcement and Removal Operations (ERO).

At the Bergen County jail, four units holding about 50 detainees each have been quarantined, reported the Daily News.

In all, 4,276 detainees have been quarantined for exposure to mumps, 825 to chicken pox and 99 to both, according to ICE.

ICE, the agency responsible for detention and deportation of foreign nationals accused of violating immigration law, has more than 50,000 immigrants in detention.

In March, ICE quarantined more than 2,000 immigrants due to outbreaks of mumps and influenza in several detention centers.

“I think there is heightened interest in this situation because it’s the mumps, which is a new occurrence in custody, but preventing the spread of communicable disease in ICE custody is something we have demonstrated success doing," Asher said.

Mumps, chicken pox and influenza are easily preventable through vaccination.

ICE offers asymptomatic, exposed detainees vaccines to protect from the measles, mumps and rubella (MMR), which is effective in preventing those diseases, but does not cure them after onset.

Immigrant rights advocates and immigration attorneys have complained in the past that medical quarantines prevent them from visiting and representing migrants in detention, but authorities do not freeze the administrative and judicial processes that lead to deportations.