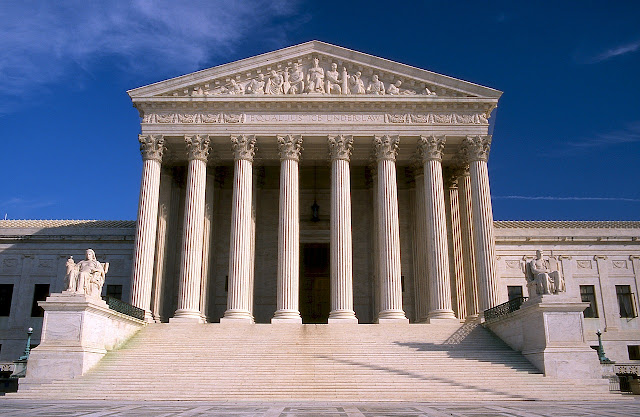 The Supreme Court ruled 5-4 on Thursday that political partisan gerrymandering cases are outside the purview of federal courts, a decision that underscored the ideological divide among the nine justices and is sure to have lasting implications.

The ruling was met with almost immediate outcry from Democrats and anti-gerrymandering activists, and is a major blow for those who sought to challenge in court politically-drawn district maps that they believed to be unconstitutional.

"Excessive partisanship in districting leads to results that reasonably seem unjust. But the fact that such gerrymandering is 'incompatible with democratic principles,' does not mean that the solution lies with the federal judiciary," Roberts wrote.

"We conclude that partisan gerrymandering claims present political questions beyond the reach of the federal courts. Federal judges have no license to reallocate political power between the two major political parties, with no plausible grant of authority in the Constitution, and no legal standards to limit and direct their decisions."

The ruling opens the door for instances of partisan gerrymandering in district maps to be upheld across the country – a possibility that Justice Elena Kagan decried in a stinging dissent.

"For the first time ever, this court refuses to remedy a constitutional violation because it thinks the task beyond judicial capabilities," Kagan wrote.

"In giving such gerrymanders a pass from judicial review, the majority goes tragically wrong," she added.

Kagan underscored her level of opposition to the ruling by reading part of her dissent from the bench.

The justices made the ruling in a pair of cases presented over district maps in Maryland and North Carolina, alleged to be instances of unconstitutional partisan gerrymanders.

Thursday's ruling also means pending litigation challenging other states' congressional districts as partisan gerrymanders are all but certain to fail.

The justices were weighing district maps in Ohio and Michigan that were also challenged as instances of partisan gerrymandering, but this ruling signals that the cases will also be dismissed.

Democrats quickly came out against the decision, as did voting rights groups, claiming that it sets a dangerous precedent and allows state maps to be restructured at the will of whichever political party controls the state legislature.

"This decision tears at the fabric of our democracy and puts the interests of the established few above the many," he said Thursday. "History will not be kind in its assessment."