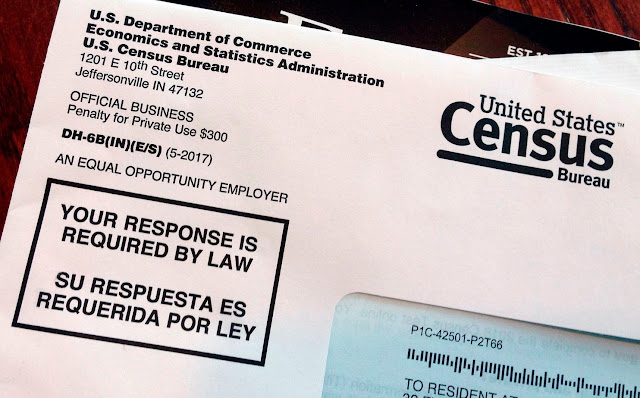 The Supreme Court found Thursday that the Trump administration did not give an adequate reason for adding a citizenship question to the 2020 census, blocking the question for at least the time being.

The move is a surprise win for advocates who opposed the question's addition, arguing it will lead to an inaccurate population count. The administration had argued the question was needed to enforce the Voting Rights Act (VRA).

Those challenging the question said that asking about citizenship would cause non-citizens or immigrants to skip the question. The Trump administration has maintained in court filings that the data would not be accessible to other parts of the federal government, like immigration officials, but opponents argued that the implied perception surrounding asking about citizenship is enough to cause minority groups to not answer the question, or skip out on the census altogether.

The justices sent the issue back to the Commerce Department to provide another explanation.

Roberts wrote that "the decision to reinstate a citizenship question cannot be adequately explained in terms of DOJ's [the Department of Justice's] request for improved citizenship data to better enforce the VRA."

"Several points, considered together, reveal a significant mismatch between the decision [Commerce Secretary Wilbur Ross] made and the rationale he provided."

Roberts pointed to evidence showing that Ross, whose department oversees the census, intended to include a citizenship question on the census "about a week into his tenure, but it contains no hint that he was considering VRA enforcement in connection with that project."

And he noted that the Justice Department didn't indicate any interest in the citizenship data until contacted by Commerce officials, and that the evidence "suggests that DOJ's interest was directed more to helping the Commerce Department than to securing the data."

"Altogether, the evidence tells a story that does not match the explanation the secretary gave for his decision," Roberts wrote.

"In the Secretary’s telling, Commerce was simply acting on a routine data request from another agency. Yet the materials before us indicate that Commerce went to great lengths to elicit the request from DOJ (or any other willing agency)," he continued. "And unlike a typical case in which an agency may have both stated and unstated reasons for a decision, here the VRA enforcement rationale—the sole stated reason—seems to have been contrived. We are presented, in other words, with an explanation for agency action that is incongruent with what the record reveals about the agency’s priorities and decisionmaking process."

However, the chief justice said that the decision to add the citizenship question was not "substantively invalid."

"But agencies must pursue their goals reasonably," Roberts said. "What was provided here was more of a distraction."

The liberal justices also went one step further than Roberts in their findings about the question: Breyer wrote in a separate opinion that they believed Ross acted arbitrarily and capriciously in adding the question, in violation of the Administrative Procedure Act.

"In short, the secretary's decision to add a citizenship question created a severe risk of harmful consequences, yet he did not adequately consider whether the question was necessary or whether it was an appropriate means of achieving his stated goal," Breyer wrote. Ginsburg, Kagan and Sotomayor all joined the concurring opinion.

In a dissenting opinion, Thomas wrote that, "For the first time ever, the court invalidates an agency action solely because it questions the sincerity of the agency's otherwise adequate rationale."

"This conclusion is extraordinary," he wrote. "The court engages in an unauthorized inquiry into evidence not properly before us to reach an unsupported conclusion."

Court watchers had predicted that Roberts would align himself with the other conservative justices, after he repeatedly pressed opponents of the citizenship question during oral arguments earlier this year. His siding with the liberal wing of the court therefore came as a surprise, but also underscored the court's recent ideological shifts.

Roberts has emerged as the center of the court's ideological spectrum, after former swing vote Justice Anthony Kennedy retired last year and President Trump nominees Kavanaugh and Gorsuch joined the court to solidify a conservative majority.

Justice Department spokeswoman Kelly Laco said in a statement that the agency was "disappointed" in the Supreme Court ruling, but that it would "continue to defend this administration's lawful exercises of executive power."

Census data is used for items like drawing congressional districts and allocating federal funds to states, and opponents said an inaccurate population count would harm Americans and cause some to not receive needed funds.

Groups that had challenged the citizenship question's addition to the census in court quickly celebrated the ruling.

New York Attorney General Letitia James, whose state had led the lawsuit presented before the Supreme Court, said that because of Thursday's ruling "the census will remain a tool for delivering on our government’s promise of fairness and equity, and states, like New York, will not be shortchanged out of critical resources or political representation."

"Our democracy withstood this challenge, but make no mistake, many threats continue to lie ahead from the Trump administration and we will not stop fighting. Now, more than ever, the marginalized, the disenfranchised, and everyday people need us to stand firm in our fight for justice. After all, everyone counts, and therefore, everyone must be counted."

The ruling is handed down as the Commerce Department says it has a deadline of June 30 — Sunday — to start printing census materials.

And it comes as another lawsuit challenging the question plays out in federal court in Maryland.

The 4th Circuit Court of Appeals ruled this week that a district judge in Maryland could review whether there was a discriminatory intent behind the question's addition, in light of new evidence filed in the lawsuit. That opens the door for the judge to potentially block the question on those grounds, as it's a different legal question than the one presented to the Supreme Court.

That new evidence pertains to late Republican redistricting strategist Thomas Hofeller, as documents were recently uncovered from Hofeller's hard drives as part of a separate lawsuit in North Carolina that indicate he played a previously undisclosed role in the orchestration of the citizenship question.

The documents indicate that Hofeller conducted an unpublished study in 2015 that found asking about citizenship would help Republicans in redistricting, while hurting Hispanic communities and Democrats.

Documents relating to Hofeller's role have been filed in a pair of separate lawsuits challenging the citizenship question, in federal court in New York and Maryland. The New York lawsuit was the case under consideration by the Supreme Court.

The ACLU has notified the Supreme Court of the evidence. And it requested that the justices send the case back down to a lower court, to allow new evidence to be officially added to the lawsuit — a motion the court is scheduled to discuss during a private conference Thursday.

But the Trump administration asked the justices to rule on whether the addition of the question violates equal protection claims, in an effort to pre-empt any action out of a lower court.

Groups challenging the citizenship question in federal court in Maryland also requested late Wednesday that District Judge George Hazel issue a preliminary injunction by Friday to block the question from appearing on the census.

Hazel, an Obama appointee, has asked the Trump administration to reply to that request by 8 p.m. Thursday.