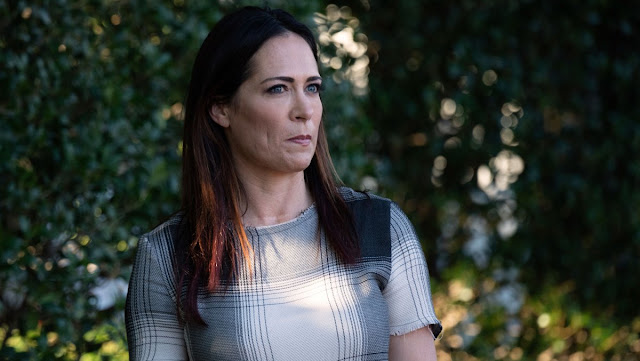 Stephanie Grisham, the top spokesperson for Melania Trump, has been selected as the new White House press secretary, the first lady announced Tuesday.

"She has been with us since 2015 - @potus & I can think of no better person to serve the Administration & our country. Excited to have Stephanie working for both sides of the @WhiteHouse," the first lady tweeted.

Grisham, who joined the Trump campaign in 2015 and has worked at the White House since Trump's inauguration in 2017, will replace Sarah Sanders, who is leaving her post at the end of the month.

In addition, Grisham will serve as White House communications director, a role left vacant since Bill Shine's departure in March.

Grisham will be Trump's third press secretary since taking office. Sanders served in the role for just shy of two years, while Sean Spicer lasted roughly six months in the job before her.

Sanders tweeted that Grisham "will be an incredible asset to the President and the country."

"Proud to have another mom and a great friend in this role," Sanders added.

In serving as spokeswoman for the first lady, Grisham has been able to limit leaks in ways the West Wing has not. Her tenure has been marked by her fierce defenses of Melania Trump, which have included public criticisms of the president's allies and the news media's coverage.

Grisham penned an op-ed in CNN last December chastising the press for focusing on "the trivial and superficial" rather than the first lady's substantive initiatives.

Mira Ricardel, a former adviser on the National Security Council, departed her job last year after the first lady's office called for her ouster.

“It is the position of the Office of the First Lady that she no longer deserves the honor of serving in this White House,” Grisham said in a statement at the time.

It's unclear if Grisham will preside over significant changes to the White House press operation. Sanders oversaw the demise of the daily briefing and served as one of the president's top advisers. The last press briefing was more than 100 days ago.

Trump told The Hill in an exclusive interview on Monday that replacing Sanders "is not gonna be easy."

Asked if he would bring back the daily briefing, Trump was non-committal, instead criticizing some reporters' behavior.

"You have some of these people who became sort of semi-rich because of that and well-known," Trump said.