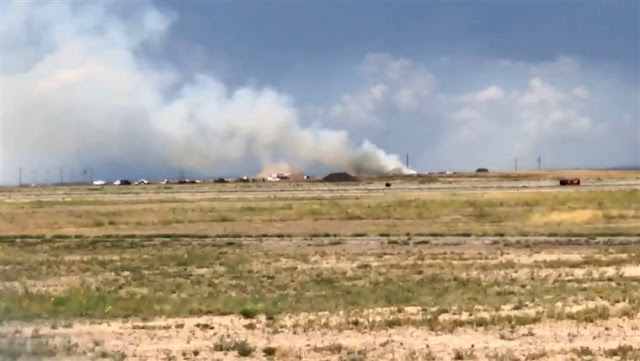 Early Wednesday afternoon, the New Mexico State Police was dispatched to the Roswell Industrial Air Center in Roswell, New Mexico in reference to a large explosion.

The two critically-injured firefighters were brought to UMC in Lubbock for treatment.

The cause of fire is still under investigation. New Mexico State Police is asking the public to avoid the area.