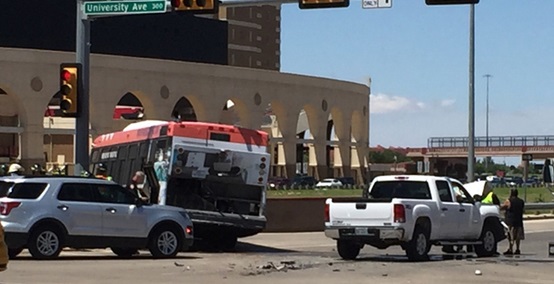 Early Wednesday afternoon, several people were injured when a Lubbock city bus was involved in an accident with a pick-up truck. University Medical Center confirmed six people were taken to the hospital by EMS -- all with relatively minor injuries.

Investigators with the Lubbock Police Department said the bus was traveling northbound on University Avenue and attempted to turn westbound onto the Marsha Sharp Freeway frontage road. The southbound pickup truck then collided with the bus.

The driver and a passenger in the truck were also transported by ambulance to the hospital.