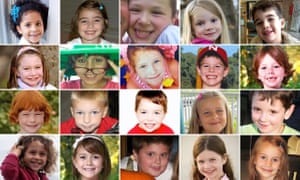 The father of a child killed during the Sandy Hook Elementary School shooting won a defamation lawsuit on Monday against the publishers of the book that claimed the 2012 massacre never happened.

A Wisconsin judge ruled in favor of Lenny Pozner, whose 6-year-old son Noah was one of 26 people killed in the Newtown, Conn. shooting,  The Associated Press reported.

Moon Rock Books reportedly apologized to Pozner and said it was pulling “Nobody Died at Sandy Hook,” written by James Fetzer and Mike Palacek.

“My face-to-face interactions with Mr. Pozner have led me to believe that Mr. Pozner is telling the truth about the death of his son,” Dave Gahary, the principal officer at publishing company, said. “I extend my most heartfelt and sincere apology to the Pozner family.”

Pozner’s lawyers argued in court that the book defamed the Pozner family by stating Noah’s death certificate was faked, the AP reported.

Fetzer has previously claimed that “evidence clearly shows this wasn’t a massacre, it was a FEMA drill.”

A trial to decide damages has been set for October, the news service noted.

Multiple Sandy Hook families have filed several lawsuits against conspiracy theorists. Pozner is the lead plaintiff in several of the nine cases filed against Sandy Hook deniers in Connecticut, Florida, Texas and Wisconsin, according to the AP.

Infowars founder Alex Jones has been at the center of one of those legal battles since he pushed the conspiracy theories in 2016.

He acknowledged in a sworn deposition earlier this year that the shooting occurred, claiming a "form of psychosis" made him question whether certain events were staged.

Lawyers representing Sandy Hook families said in a new court filing they found child pornography in electronic files turned over to them Jones.

The filing, obtained by  The Connecticut Post on Monday, said that the FBI ordered the lawyers to turn over the documents.

Jones denied the accusation last week, saying on his InfoWars show that lawyer Chris Mattei was trying to set him up.