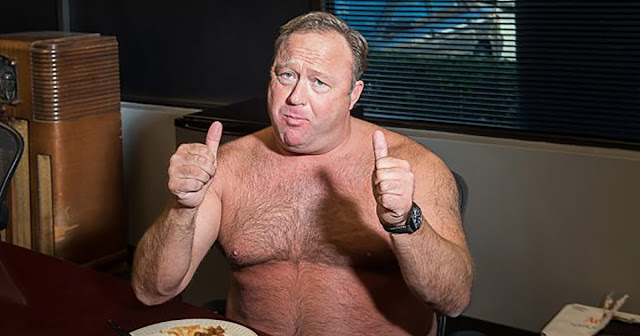 Lawyers representing families of Sandy Hook massacre victims said in a new court filing they found child pornography in electronic files turned over to them by Infowars founder Alex Jones.

The law firm Koskoff, Koskoff and Bieder said it made the discovery after Jones turned over the files in response to the families' lawsuit against him, according to The Connecticut Post.

The families of eight victims of the shooting have filed a defamation suit against Jones for previously claiming the 2012 Newtown, Conn., shooting, in which 26 people died, was a "hoax."

The FBI, citing Department of Justice policy, said that it would neither confirm nor deny "the existence of an investigation."

Jones denied the accusation on Monday, saying on his InfoWars show that lawyer Chris Mattei was trying to set him up.

Mattei and his law firm told the Post that Jones's remarks represented threats against them.

Norm Pattis, Jones's lawyer, pushed back against the idea that Jones was acting in a threatening manner.

“Mr. Jones was upset, he did not threaten Mr. Mattei,” Pattis said to the Post. “He spoke in a compassionate fashion.”

Pattis also said that he spoke to federal prosecutors last week and that there is "no indication anyone at InfoWars knowingly possessed child pornography."

Lawyers for the Sandy Hook families have reportedly asked a Connecticut court to take immediate action on the new allegation. A court hearing focused on the new documents is scheduled for Tuesday, the Post reported.

Jones has repeatedly amplified conspiracy theories related to the Sandy Hook shooting, which occurred on Dec. 14, 2012.

He acknowledged in a sworn deposition earlier this year that the shooting occurred, claiming a "form of psychosis" made him question whether certain events were staged.