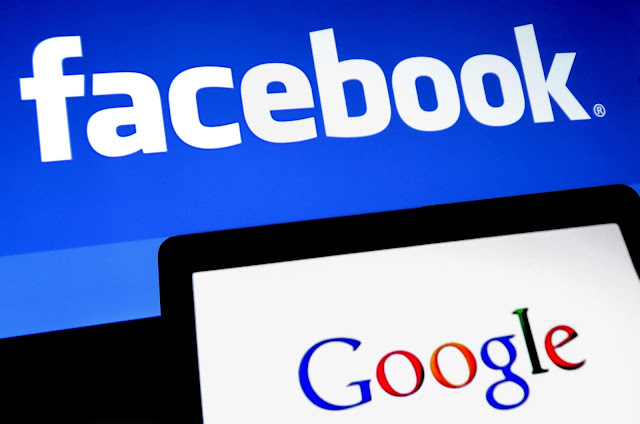 The news industry is joining calls to increase oversight of tech giants like Facebook and Google, urging policymakers to also take into account how Silicon Valley has upended the business of journalism.

The House Judiciary Committee’s antitrust investigation into tech giants will hold a hearing on Tuesday to hear from industry leaders and advocates who believe that Silicon Valley is responsible for the decline in local newspapers and has threatened the business models relied on by many outlets.

Lawmakers in both parties have steadily turned against the tech giants, fueling a growing movement to scrutinize their market power and their collection of user data.

And as Congress inches towards setting new rules or the industry, the conversation has largely focused on how to protect consumers from digital surveillance and startups from anticompetitive forces.

But advocates are also pushing leaders to examine how tech’s rise has threatened the news industry’s ability to survive.

“I think the media industry itself is one of the sectors that's being most harmed by the way that the major tech platforms that have been operating,” said Jason Kint, the CEO of Digital Content Next, a trade group representing online media outlets. “News is the category of media that's been of most concern, particularly local news.”

The focus at Tuesday’s hearing will likely be on a bipartisan bill introduced in both the House and Senate that would give news publishers an exemption from antitrust law so they can band together and negotiate collectively with Facebook and Google for more advertising revenue.

Among those testifying at the hearing will be representatives from the News Media Alliance and Rupert Murdoch’s News Corp, as well as Kevin Riley, the editor-in-chief of the Atlanta Journal-Constitution.

According to the Pew Research Center, newspaper advertising revenue has plummeted since the mid-2000s when U.S. papers brought in more than $49 billion from advertising. Pew estimated that number was down to $16.5 billion in 2017.

Over the same period, revenue from newspaper circulation rose slightly from $10.5 billion to $11.2 billion.

The collapse in advertising revenue for publishers has coincided with readers shifting their attention online, giving internet companies like Google and Facebook troves of user data that’s used to target advertisements to tailored audiences.

Those tools have allowed the companies to capture a majority of the money spent on digital advertising.

According to eMarketer, Google and Facebook combined for nearly 66 percent of all revenue from internet ads in the U.S. in 2018, with news outlets left to fight for the shrinking remainder left by other tech giants like Amazon, Twitter, Yelp and Snapchat.

“The ability for the tech companies to target audiences using data that's collected across publishers websites is the core issue here,” he said. “Their audience targeting has become more valuable than context, what the consumers actually expect and want, copyright and even facts themselves.”

Even with the increased attention on data collection and antitrust, some tech critics believe that the effect on journalism is getting left out of the spotlight.

“We're definitely at a bit of a disadvantage in the sense that not a lot of people have thought about it,” said John Stanton, who spent more than 20 years as a journalist in Washington before being laid off from his position as BuzzFeed’s bureau chief in the capital earlier this year.

Stanton and Laura Bassett, a journalist who was similarly laid off from HuffPost after working there for nine years, are trying to change that.

This week, the two of them teamed up to launch the Save Journalism Project to highlight what they see as the threat to their industry from Facebook and Google’s hold on the advertising market.

Local outlets have been especially hard hit, with more than 1,400 cities in the United States losing a local paper in the last 15 years, according to the Associated Press. Last month, The Times-Picayune, a 182-year-old paper in New Orleans, La., announced it was laying off its entire staff after it was bought by a rival.

Stanton told The Hill that he and Bassett are trying to raise awareness about the issue. They plan to interview lawmakers and hold events around the country with experts and other laid-off journalists to try to encourage a discussion that will generate solutions.

The tech industry has largely been quiet about its effect on the media industry and local news. But in response to the growing antitrust scrutiny, the largest companies have all maintained that they operate in competitive marketplaces and denied that they have run afoul of competition laws.

In the past year, both Facebook and Google have each committed to donating $300 million towards supporting local journalism.

Stanton says it’s been a bit of an adjustment going from reporting to championing a cause, but that he thinks it’s important for journalists to wake up to the realities of the business they work in.

“Reporters are generally not super excited to talk about things that are happening in their industry — it starts to feel like advocacy,” Stanton said. “But by not talking about it, it’s starting to put ourselves a bit behind the eight-ball and it's starting to show.”

“No matter what these big companies are saying in response to this, the reality is that they're not going to do anything that they won't make money off of,” he added. “No reporter, though, ever got into this business to make money.”