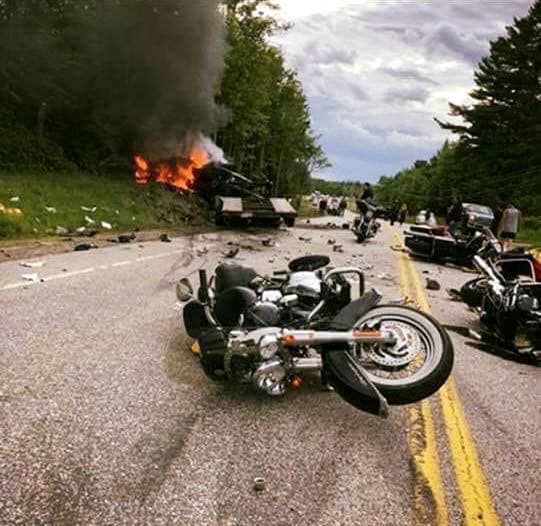 At least seven people were killed and three others injured when a pickup truck crashed with 10 motorcycles, authorities said. State police said the pickup truck was on fire when emergency crews arrived. Witnesses described the scene as "devastating."

New Hampshire State Police said a 2016 Dodge 2500 pickup truck collided with the riders on U.S. 2 in Randolph on Friday evening. The cause of the deadly collision is not yet known. The pickup truck was on fire when emergency crews arrived.

Along with the seven dead, state police said two additional people were transported to the Androscoggin Valley Hospital and one was airlifted to Maine Medical. Police did not provide any names. Authorities said Saturday afternoon that two of the three had been released from hospitals.

The pickup driver was a 23-year-old man working for a transportation company based in Springfield, Massachusetts, authorities said. He was the truck's sole occupant. Authorities didn't indicate his condition.