Near miss: Russian destroyer almost collided with US cruiser in Philippine Sea 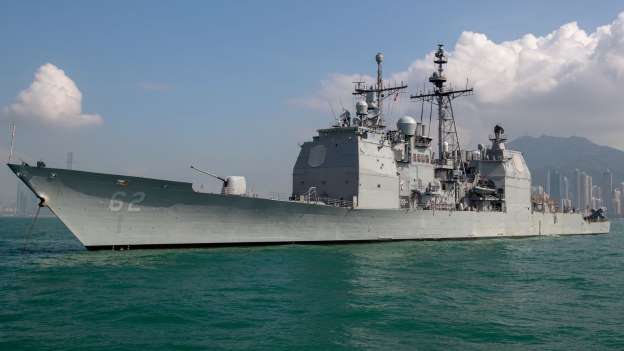 The U.S. Navy on Friday said that a Russian destroyer nearly collided with one of its guided missile cruisers after an “unsafe and unprofessional” approach in the Philippine Sea.

While the USS Chancellorsville was recovering a helicopter “on a steady course and speed,” the Russian ship “maneuvered from behind and to the right of Chancellorsville,” the Navy wrote in a news release.

The Russian ship “accelerated and closed to an unsafe distance of ~50-100 feet,” forcing the U.S. vessel to “execute all engines back full and to maneuver to avoid collision,” the statement read.

"We consider Russia's actions during this interaction as unsafe and unprofessional."