Millennial vote will play a major role in 2020 election 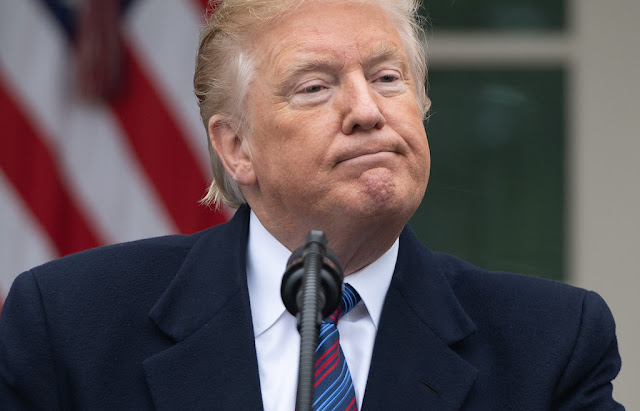 Lost in the conversation of last year’s midterm election results was one important statistic: Younger generations (Gen X, Z and millennials) outvoted baby boomers and senior voters. This represents a critical and important shift in our electoral politics, but what does it mean for 2020?

In 2018, voters under 53 (the cut off for Generation X) cast 62.2 million votes, compared to 60.1 million votes cast by baby boomers and older generations. While every generation set records for turnout in a midterm election, millennials led the pack, roughly doubling participation numbers between 2014 and 2018.

What fueled this rapid level of engagement is worth exploring and cannot just be explained away as a reaction to the rise and eventual election of Donald Trump, although that is certainly part of the equation.

For nearly 20 years, the Harvard Public Opinion Project has provided a critical glimpse into voting trends of young Americans and has published new data in advance of 2020. In addition to projecting even larger voter participation numbers for young voters, the IOP Youth Poll also found a building conflict between millennial voters and their parents’ generation. According to the poll, “by wide margins, younger Americans do not believe that the baby boomer generation, especially elected officials within that cohort, ‘care about people like them.’” Indeed, less than one in five millennials surveyed believe that baby boomer elected officials actually look out for their generation when it comes to making policy.

In 2016, younger voters supported Clinton’s bid by 18 points, while voters over 65 backed then-candidate Trump by 8 points. Since taking office, President Trump has struggled to gain any traction with younger Americans, with seven in ten (70 percent) of them holding an unfavorable view of the incumbent.

While November 2020 may seem like an eternity from now, President Trump is unlikely to improve much in regard to his standing with younger voters, especially with his recent doubling down on climate change denial, threats of widespread undocumented immigrant deportations, and a promised veto of gun background check legislation — all critical issues to Americans 35 and younger.

Happening much sooner, of course, are the two back-to-back DNC-sponsored debates in which 20 of the top-tier Democratic candidates will be vying for precious screen time and the elusive breakout moment. What will set that stage apart from previous debates is the presence of three millennials themselves (Mayor Pete Buttigieg is 37, Congresswoman Tulsi Gabbard is 38 and Congressman Eric Swalwell is also 38) and five other candidates under the age of 50 (Cory Booker, Julian Castro, Beto O’Rourke, Tim Ryan, and Andrew Yang).

What each of these eight candidates and their older peers say on that stage will be watched, examined and analyzed closely by younger voters, many of whom will be participating for the first time in the primary or caucus process.

Speaking about the millennials specifically, South Bend, Ind., Mayor Pete Buttigieg recently declared, “sometimes certain things are a certain way until they’re not, and I think we have a generation now that is very skeptical of the way things have worked really for our entire lives.” Buttigieg has successfully navigated the early primary waters, achieving an enviable position squarely behind Biden, Sanders and Warren. Look for Gabbard and Swalwell to make similar arguments in how they frame generational appeals as we get closer to the early caucus and primary states.

Interestingly enough, however, most young Democratic voters aren’t supporting their peers just yet in the primary horserace.

In a new GenForward poll, a University of Chicago effort tracking millennial political views, both Biden and Sanders lead the candidate pack with 17 points each. From the results, “the survey shows that across all racial groups, young voters favor former Vice President Joe Biden and Vermont Sen. Bernie Sanders. But the rankings of these two candidates is not consistent across all groups: While African Americans and Asian Americans rank Biden ahead of Sanders, Latino and white voters do the opposite.”

In the same survey of young voters, “someone else” takes 30 points, a strong indication that the youth vote is still up for grabs by most estimates.