Mexico deploys 15,000 troops to US border 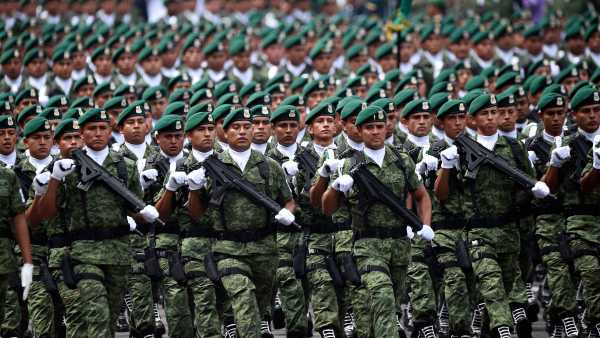 Mexico’s defense minister said Monday that the nation has deployed nearly 15,000 troops to its northern border to increase border enforcement, part of a deal to avert U.S. tariffs on Mexican goods, according to Agence France-Presse (AFP).

"We have a total deployment, between the National Guard and army units, of 14,000, almost 15,000 men in the north of the country," Defense Minister Luis Cresencio Sandoval said at a Monday joint press conference with President Andrés Manuel López Obrador.

Sandoval confirmed the Mexican forces were detaining migrants attempting to cross the border, according to AFP.

"Given that (undocumented) migration is not a crime but rather an administrative violation, we simply detain them and turn them over to the authorities” at Mexico’s National Migration Institute, Sandoval said.

Mexican security forces have not historically detained migrants at the northern border, and the government has been subject to increased criticism following a photograph last week depicting heavily armed national guardsmen stopping women and a child from crossing the Rio Grande, according to AFP.

President Trump had threatened to hit Mexico with tariffs if the country did not take steps to secure the border. Under the agreement between Mexico and the U.S., Mexico has 45 days to demonstrate increased border enforcement.