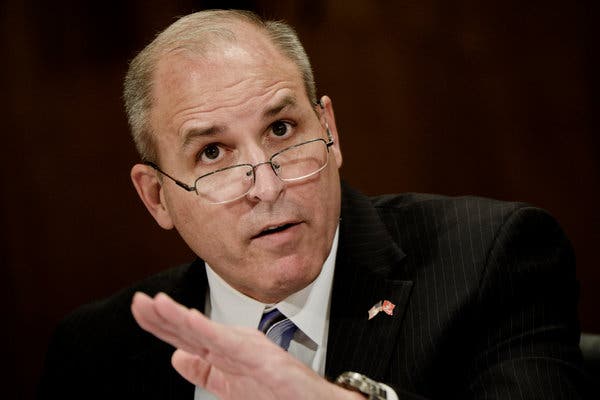 Mark Morgan, acting director of Immigration and Customs Enforcement (ICE), will shift roles to take over as acting chief of U.S. Customs and Border Protection (CBP), the Department of Homeland Security (DHS) announced on Thursday.

Morgan had previously served at the CBP as chief of Border Patrol, before being named acting head of ICE in May.

"I am confident he will bring the same commitment to the agency as it continues to navigate the current humanitarian and operational crisis," acting DHS Secretary Kevin McAleenan said in a statement.

Matthew T. Albence, deputy director of ICE, will assume the role of acting director of that agency.

Albence has held various positions at the agency in the past, according to McAleenan's statement.

He said ICE would target those with removal orders, including families, in a call with reporters last week.

“To uphold the rule of law ... the men and women of ICE must follow through and enforce judicial orders against those who have had their due process and have been ordered removed by a federal immigration judge,” he said.

Morgan has defended the conditions at ICE detention centers, which reports have described as denying basic hygiene to children.