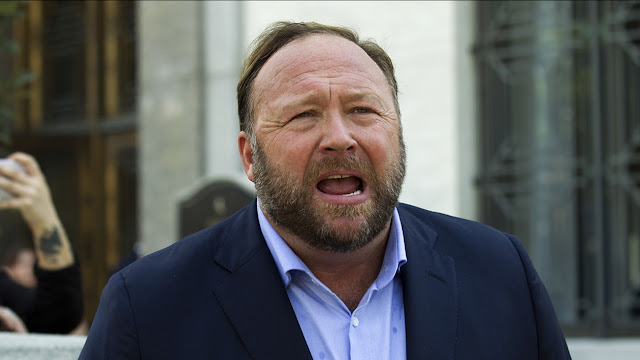 A Connecticut judge on Tuesday sanctioned InfoWars founder and right-wing conspiracy theorist Alex Jones after he was accused of threatening lawyers representing families of the 2012 Sandy Hook massacre.

Bridgeport Superior Court Judge Barbara Bellis sanctioned Jones just a day after the law firm Koskoff, Koskoff and Bieder filed a motion asking for a review of a broadcast in which Jones repeatedly denounced one the families' lawyers, according to CNN.

The sanctions will reportedly prevent Jones's defense from pursuing special motions to dismiss moving forward with the lawsuit.

The families of eight victims of the 2012 shooting have filed a defamation suit against Jones for previously claiming the Newtown, Conn., massacre was a "hoax." Twenty-six people were killed in the shooting.

Jones acknowledged in a sworn deposition earlier this year that the shooting occurred, claiming a "form of psychosis" made him question whether certain events were staged.

CNN added that the court will award attorneys fees and filing fees to the Sandy Hook families' lawyers related to the matter Jones addressed on last week's broadcast.

“We intend to file an appeal," Norm Pattis, Jones's lawyer, said in a statement to The Hill. "Alex threatened no one. He engaged in impassioned protected speech. He has been sanctioned in violation of his first amendment right to freedom of speech.”

The Sandy Hook families' attorneys court filing on Monday claimed that Jones's comments represented "threats against counsel" and that the court had an obligation to protect the attorneys, parties, and the judicial process."

The FBI later "advised counsel that its review located numerous additional illegal images, which had apparently been sent to Infowars emails addresses,” the filing said, according to reports.

Pattis said in an email to The Hill that he spoke to federal prosecutors last week and that there is "no indication anyone at InfoWars knowingly possessed child pornography."

But the filing reportedly appeared to take issue with Jones's team's conduct, saying that had they "engaged in even minimal due diligence and actually reviewed the materials before production [to the plaintiffs], they would have found the images themselves."