Iran shoots down US drone 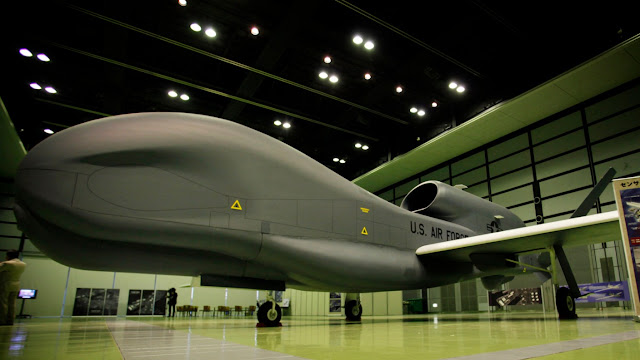 The Guard said it shot down the drone over Hormozgan Province in southern Iran, Tehran's state news agency, IRNA, reported.

Two U.S. officials, however, told The Associated Press that the incident happened in international airspace over the Strait of Hormuz.

IRNA identified the drone as an RQ-4 Global Hawk, but a U.S. official told ABC News that it was a U.S. Navy MQ-4C Triton.

"Shooting down of the US spy drone has a clear message and it is the fact that the defenders of this country are ready to give decisive response to any aggression," Major-General Hossein Salami, who commands the Guard, said, according to the state news agency.

He said that Iran’s "enemies" have "no choice" but to respect the nation’s territorial integrity and interests.

"Iran is not seeking war with any country but its armed forces are ready to defend the country against aggression," Salami added.

Iranian state broadcaster IRIB said the Guards in a statement said the drone had "turned off all its identifying equipment in violation of aviation rules and was moving in full secrecy,” Reuters noted.

Fears of war between the U.S. and Iran have been heightened in recent days after Washington accused Tehran of being behind the bombings of two oil tankers in the Gulf of Oman last week. The Iranian government denied any involvement in the attacks.

President Trump this week called the oil tanker attacks “minor,” but said he would “certainly go [to war] over nuclear weapons.”

The Pentagon also announced this week that it would deploy an additional 1,000 troops to the Middle East to address “air, naval, and ground-based threats” in the region.

“The United States does not seek conflict with Iran,” former Acting Defense Secretary Patrick Shanahan said. “The action today is being taken to ensure the safety and welfare of our military personnel working throughout the region and to protect our national interests.”

“We will continue to monitor the situation diligently and make adjustments to force levels as necessary given intelligence reporting and credible threats.”

Tehran responded by announcing it would surpass the limit for its uranium enrichment that was agreed to in the Obama-era nuclear deal. Trump withdrew the U.S. from the deal last year, but Iran has continued to keep within the agreement’s bounds until now.

Iranian officials called on European signatories to the deal to boost their support of Tehran in light of harsh reimposed U.S. sanctions if they want to keep uranium stockpiles down.

“Iran’s reserves are every day increasing at a more rapid rate. And if it is important for them [Europe] to safeguard the accord, they should make their best efforts ... As soon as they carry out their commitments, things will naturally go back to their original state,” Iran’s Atomic Energy Organization spokesman, Behrouz Kamalvandi, said on state television.