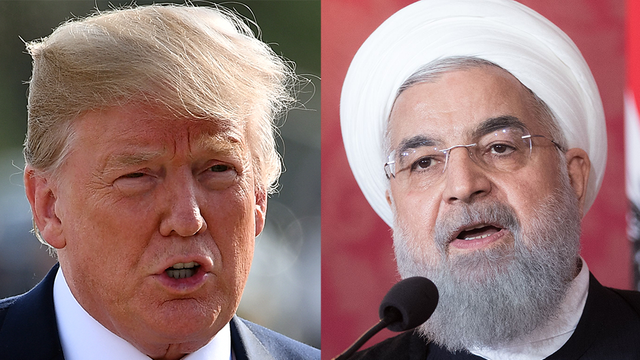 Iran announced on Monday that it will break the limit for its uranium stockpile agreed to in the Obama-era nuclear deal within the next 10 days.

Iran’s Atomic Energy Organization spokesman, Behrouz Kamalvandi, said on state television that the country has “quadrupled the rate of enrichment and even increased it more recently,” which will push Tehran’s stockpile past the 300 kg limit set in the deal, according to Reuters.

“Iran’s reserves are every day increasing at a more rapid rate. And if it is important for them (Europe) to safeguard the accord, they should make their best efforts... As soon as they carry out their commitments, things will naturally go back to their original state,” Kamalvandi said, adding that there is still time to keep under the threshold "if European countries act.”

Iran has already made clear its intentions to ramp up its uranium enrichment after the United States pulled out of the nuclear agreement and reimposed sanctions on Tehran. Under the deal, meant to stave Iran off from potentially developing a nuclear bomb, a majority of international sanctions were lifted.

The agreement, agreed upon with world powers in 2015, caps Iran’s stock of low-enriched uranium at 300 kg of uranium hexafluoride enriched to 3.67 percent or its equivalent for 15 years, according to Reuters.

The announcement comes as tensions between the U.S. and Iran grow after the Trump administration accused Tehran of attacking two oil tankers Gulf of Oman, though Iran has denied any involvement.

Speculation of the U.S. taking military action against Iran has increased since the attack on the oil tankers, with Secretary of State Mike Pompeo saying he wanted to avoid war but is willing to take every action necessary, to ensure the safe passage of the ships through the Middle East trade routes.

"The United States is considering a full range of options,” Pompeo said in an interview on CBS News Sunday. “We are confident that we can take a set of actions that can restore deterrence which is our mission set.”