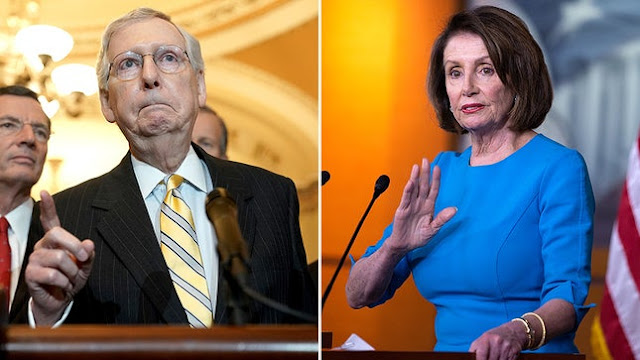 House Democrats will vote Thursday on a clean Senate-passed bill to address the border crisis, marking a blow to Speaker Nancy Pelosi (D-Calif.) and liberal members who had demanded additional protections for migrant children.

Rep. Henry Cuellar (D-Texas), a border lawmaker, announced the plan as he emerged from an emergency meeting in Pelosi's office. And other lawmakers said Democratic leaders are already whipping the $4.6 billion Senate proposal.

House Democrats initially scheduled a Thursday vote on their amped-up version of the $4.6 billion border bill, which included new safety and care standards for law-enforcers working with migrants — provisions demanded by liberals.

But party leaders faced heavy pressure from more moderate lawmakers — particularly the so-called "front-line" members, who are seen as most vulnerable at the polls next year — to take up the Senate bill immediately.

Undermining the leverage of the liberals, the Senate passed its bill Wednesday with the overwhelming support of 84 lawmakers, including a number of liberal Democrats. An earlier version of the House bill had not fared nearly as well, winning support from just 37 Democrats.

"There’s a feeling in the room that the bipartisan Senate vote ... leaves the House will very little room to negotiate,” said a Democratic lawmaker in the Pelosi meeting.