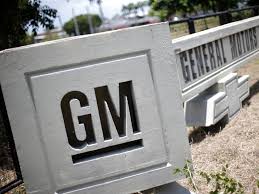 General Motors announced that it has invested over $4.2 billion in plants in four states as it prepares to launch its next generation of pickups and SUVs.

The investments at plants in Arlington, Texas; Flint, Mich., and Fort Wayne, Ind., are intended to help increase capacity, improve build quality and make other upgrades. GM is also making new investments in plants in and Moraine and Toledo, Ohio.

The company announced it is increasing its existing stock in the Texas plant by an additional $20 million.

“We’ve been building trucks in Texas for more than 20 years, and our additional investment in Arlington Assembly is proof of our commitment and confidence in our Arlington team,” said Gerald Johnson, GM executive vice president of Global Manufacturing.

“We are counting on the Arlington team to continue focusing on building the highest quality products possible for our customers while preparations continue for the launch of the next generation of our full-size SUVs.”

The Arlington plant is the sole producer of the Chevrolet Tahoe and Suburban, GMC Yukon and Yukon XL and the Cadillac Escalade.

The company touted its more than $23 billion investment in its U.S. plants since 2009, a figure that it said marked over a quarter of every dollar spent by any automaker.

The news comes after the company endured sharp criticism from the United Automobile Workers, a top industry labor union, and politicians including President Trump for its decision in late 2018 to cut roughly 14,000 jobs. Trump campaigned in 2016 largely on a message of bringing back manufacturing jobs.