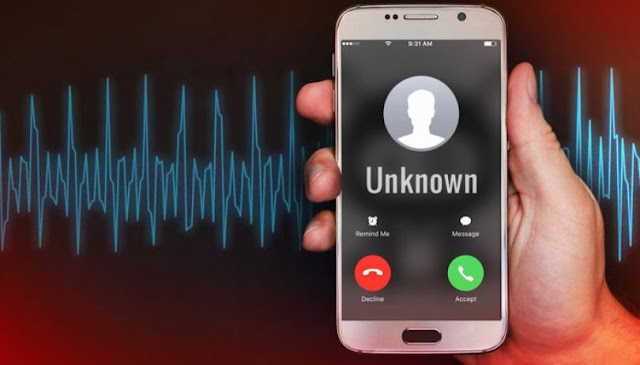 State and federal officials on Tuesday announced a major crackdown on illegal robocallers across the country, claiming the joint effort has targeted the operations responsible for over 1 billion robocalls.

The Federal Trade Commission (FTC), state attorneys general and local officials have taken 94 enforcement actions against a slew of illegal robocalling operations as part of their ongoing efforts to stave off the scourge of billions of robocalls dialing up U.S. consumers every year, according to the announcement.

The FTC is filing charges against multiple companies and individuals, including an array of defendants who the agency says ran a "maze of interrelated operations that used illegal robocalls to contact financially distressed consumers" — largely senior citizens.

And agencies across 25 states announced they have brought 87 enforcement actions against robocalling companies in states including Colorado, Indiana, Michigan, Ohio and more.

"We're all fed up with the tens of billions of illegal robocalls we get every year," Andrew Smith, director of the FTC's bureau of consumer protection, said in a statement. "Today's joint effort shows that combatting this scourge remains a top priority for law enforcement agencies around the nation."

The actions against robocalling operations included warning letters, fines and charges in court over the past year.

The commission announced four new complaints against individuals and companies allegedly behind a significant number of illegal robocalls, including a company that sold "bogus credit card interest rate reduction services" and an individual who has participated "in the illegal telemarketing industry for several years."

According to some estimates, 47.8 billion robocalls were placed in the U.S. last year, an increase of 17 billion from the year before.

Tuesday's update on "Operation Call It Quits," the nickname for the effort by federal, state and local officials against robocalls, comes amid escalating frustration in Washington over the scourge of illegal calls that have aggravated consumers as well as targeted vulnerable populations with scams.

"Every year, our office gets more consumer complaints about unwanted robocalls than just about any other issue," Indiana Attorney General Curtis Hill said in a statement.

The technology subcommittee of the House Energy and Commerce Committee is set to mark up an anti-robocall bill on Tuesday. The bipartisan "Stopping Bad Robocalls Act" will likely move to the House floor soon.

And the Senate last month voted 97-1 in favor of a separate but similar anti-robocall bill, increasing the chances that the U.S. will see an anti-robocall law as soon as this year.

President Trump on Tuesday offered his first reaction to the United States surpassing 200,000 deaths from COVID-19, telling reporters it was "a shame" but that it could have been worse.
"I think it’s a shame. I think if we didn’t do it properly and do it right you’d have 2.5 million deaths," he told reporters.
Trump initially ignored a question about why he hadn't said anything about the grim milestone before answering the same question from another reporter. He pointed to his decision to limit travel into the country from China and Europe.
"But it’s a horrible thing. Should have never, ever happened," Trump said. "China let this happen, and just remember that."
Experts have credited the restrictions on travel from China in late January with buying the U.S. more time to respond, though the decision to block travel from Europe came in mid-March, after the virus had likely spread throughout the country.
The United States earlier Tuesday recorded 20…
Read more

A testing firm used by the state of Texas is under federal scrutiny for problems that call into question the accuracy of the company’s COVID-19 test results, according to an investigation by the Dallas Morning News. The newspaper reported on Friday that the state had suspended business with NovaDX, also known as Nova Labs, but only after being notified that the news media was aware of the federal investigation.
The state had previously halted business with the California-based firm back in June after questions about the accuracy of tests done for nursing homes. The state’s review found the problems had been addressed and testing resumed, the DMN reported.
The new concerns allege the company has employed unqualified lab workers and allowed samples to be contaminated. The federal report indicates the deficiencies could cause serious harm or death.
“Nova Labs is committed to operating in accordance with federal and state regulations,” CEO Blake Anderson said in a written statement provide…
Read more

Air Force Two was forced to turn around shortly after taking off from New Hampshire after striking a bird, a White House official said Tuesday.
The plane returned to Manchester Airport out of an abundance of caution, the official said. Vice President Pence and staff traveling with him were expected to return to Washington, D.C., on a cargo plane.
Pence was in the Granite State for a campaign rally at Laconia Airport on Tuesday afternoon. The Trump campaign has eyed New Hampshire as one of just a few states it could flip from blue to red in November.
Tuesday's mechanical issue is the latest travel snafu the vice president has had since he was added to the GOP ticket in 2016.
His campaign plane slid off the runway at Laguardia Airport in New York City while he was on the trail in 2016. The vice president and others on board were not injured.
The vice president's campaign bus was also involved in a minor accident in late July during a tour of Pennsylvania. An official characterized i…
Read more

The Texas Restaurant Association is requesting proof that Texas bars and restaurants are responsible for spreading COVID-19. The organization announced Friday it has submitted seven public information requests to local elected officials and health departments in the state’s four largest metro areas. The requests seek information about where people have contracted COVID-19, how many people contracted COVID-19 at a restaurant, contact tracing questions, and internal or external correspondence related to those items.
The TRA submitted the public information requests after reports recently surfaced from Nashville about local officials possibly hiding data indicating that few of that city’s COVID-19 cases had come from bars or restaurants. Even knowing this information, they kept bars and restaurants locked down, causing significant loss to businesses and jobs.
“Unsupported claims that disparage restaurants, or any businesses, draw out our recovery to the point that many local businesses wil…
Read more

Facebook announced Monday that 2.5 million U.S. users have registered to vote in the upcoming general election through Facebook, Instagram and Messenger.
The number is more than halfway towards Facebook's goal, announced earlier this year, of registering 4 million U.S. users to vote ahead of November.
The registrations were announced as part of a kickoff of what Facebook described in a blog post as a “week of action” meant to highlight National Voter Registration Day on Tuesday.
“With six weeks until Election Day and registration deadlines fast approaching in many states, this week we’re putting the full force of our platform behind this campaign to empower every eligible voter to make their voice heard in this election,” the company wrote in the blog post.
As part of the effort, Facebook will continue showing users in the U.S. information about how to vote and register at the top of their news feeds through Friday, and on Monday kicked off a “More Questions, More Answers” campaig…
Read more