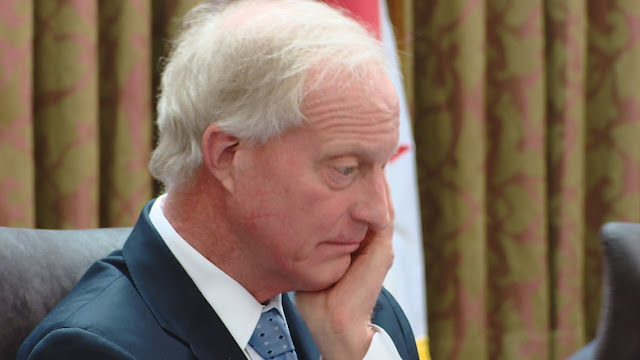 FBI agents raided the home of D.C. councilman Jack Evans (D) on Friday, a day after a confidential memo made public alleged that Evans "knowingly" violated ethics rules to benefit his friends and clients instead of serving the interests of Washington's transit agency, Metro.

The Washington Post reported Friday that FBI agents raided Evans's Georgetown home early in the morning, instructing Evans to wait outside in a car while they conducted a search.

Kadia Koroma, a spokeswoman for the U.S. attorney’s office for the District confirmed the "court-authorized law enforcement activity" at Evans's house in a statement to the Post.

Samantha Shero, a spokeswoman for the FBI’s Washington Field Office, declined to offer further comment on the activity to the paper.

“I heard pounding on the door at 6 a.m., and I woke up and I looked out and saw all these cars,” a neighbor told the Post.

The raid comes just a day after news station WTOP obtained a confidential memo written by the D.C. Metro's general counsel in May that accused Evans of "failing to disclose a conflict of interest" during the course of his work.

According to the Post, Evans is the subject of a federal grand jury investigation into his relationships with clients. He also faces questions involving whether he used his position for business gains in his consulting company, which is registered to his home address.

Evans, who is an elected official on the D.C. Council, also serves as chairman of the D.C. Metro board. Evans said he would step down from the board following the memo's public release Thursday. The Post noted that it is unclear whether the early morning search of Evans's home was related to his work on the Metro board or D.C. council or both.

“Our investigation uncovered a pattern of conduct in which Evans attempted to and did help his friends and clients and served their interests, rather than the interest of [the Washington Metropolitan Area Transit Authority],” the memo said. “The evidence uncovered through our investigation demonstrates that Evans’s ethical violations occurred not by accident, but ‘knowingly.’”

The memo also stated that the situation had been resolved by Evans promising to amend his financial disclosure forms and agreeing not to seek reelection as the Metro board's chairman.

“Mr. Evans has agreed to amend his annual disclosure forms from 2016 to the present to list the consulting client relevant to the conflict of interest. Mr. Evans has also agreed that he will not seek reelection as Chair of the WMATA Board,” read the memo obtained by WTOP.

Immediately following the news report, Evans announced Thursday that he would step down from the Metro board.

“I’m proud of the work the Board has done to lead the agency through some of the most challenging years in its history — the system is in a better position today to serve riders,” Evans said in a letter to city officials. “On June 27th, at the conclusion of my term as Chairman, I will resign from the Metro Board of Directors.”

He had previously stated that his decision to not seek reelection to Metro's board of directors was unrelated to the ethics probe, and had denied any wrongdoing.

“The FBI is present for court-authorized law enforcement activity; we cannot provide further comment," the agency told the Post Friday in a statement.