Eric Trump spit on by employee at Chicago bar 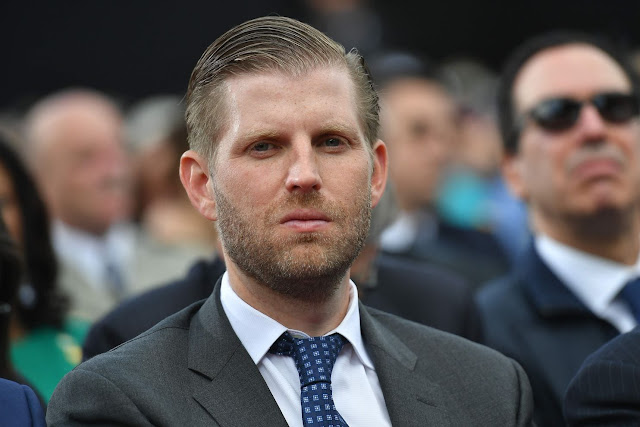 Eric Trump said he was spit on by an employee at a high-end cocktail bar while the president’s son was visiting Chicago on Tuesday evening.

The executive vice president of the Trump Organization took an apparent shot at Democrats while discussing the incident with conservative media outlet Breitbart News.

“It was purely a disgusting act by somebody who clearly has emotional problems,” Trump said. “For a party that preaches tolerance, this once again demonstrates they have very little civility. When somebody is sick enough to resort to spitting on someone, it just emphasizes a sickness and desperation and the fact that we’re winning.”

NBC5 Chicago reported that U.S. Secret Service took a woman into custody for questioning around 8:30 p.m. It is unclear if she is facing charges.

Anthony Guglielmi with the Chicago Police Department confirmed that officers were on scene assisting with the federal authorities.

The incident reportedly took place in a Chicago’s West Loop neighborhood at the Aviary.

The lounge’s co-owner, Nick Kokonas, made headlines earlier this year when he invited the college football national champion Clemson University Tigers to experience “what an actual celebration dinner should be” after President Trump served the players fast-food at the White House.

The president’s 35-year-old son shared photos of the Trump Organization’s building along the Chicago River late Tuesday, making no mention of the incident on Twitter.