Debate what matters, not what panders 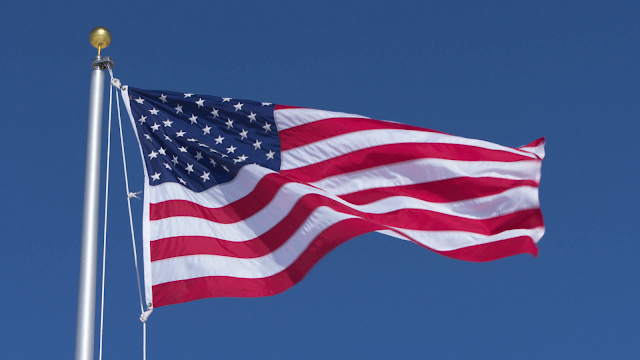 We are not yet halfway through this year, but already the 2020 election is commanding public attention. In quick succession, the current president’s announcement of his reelection campaign, coupled with the impending initial debates among the other party’s candidates, have filled the headlines.

In one sense, especially for those highly susceptible to “attack-ad fatigue,” this is all painfully soon. But in another respect, it is not a moment too soon. The nation has business – truly important business – to do.

Unfortunately, debate thus far has focused on the trivial. It must move to the essential. Right now, our national dialog centers on arguably political questions.

We are concerned that the purely political is displacing the critical. Think about what our elected policymakers could and should be doing.

For starters, the U.S. position in the 21st century world economy is eroding. Our collective prosperity is growing too slowly, and our global leadership is challenged.

Many Americans are rightly frustrated that their living standards have been stagnant while they have played by the rules, and in too many instances their children are lined up to be stuck in their parents’ footprints.

Our nation has made too little progress in educating, training and retraining our young people. The perception of career dead ends to workers who are carrying volumes of student debt is demoralizing, leaving too many citizens with no hope and no realistic ambition.

Meanwhile, our nation is losing its influence as the global leader over behavioral standards in the world of commerce. All Americans want our countrymen to live better lives. And if we believe that American moral leadership will bring fair play in the global marketplace, with employers and workers of the United States and all countries prospering and contributing in a virtuous circle to greater health and wealth everywhere, then we must work to maintain our prestige and leadership.

China challenges not only our prosperity, but also our values, and we must lead to maintain the rules and standards of a fair global economy.

Much of the root of our slow-growing economy rests in a short term focus. If our incomes individually and collectively are growing too slowly, then we must siphon off too much for consumption to maintain our standards of living today.

The shrinking remaining savings leave too little to build for the future, creating a vicious cycle, a self-fulfilling Cassandra’s prophecy.

Our nation has obsolete and eroding infrastructure, a failing educational system, and lagging budgets for research and new technologies.

No wonder so many Americans fear for their own futures, and for their children’s.

Fixing these problems will take money. The sum of available public funds is negative.

Before we can think of investing in education, or infrastructure, or research and development, we must mend a budget that is hemorrhaging into a growing mountain of debt. A primary cause of this wound is the cost of health care, over which we have one of several irreconcilable public conflicts. One side wants to repeal the current system with no available replacement; the other wants to replace that current failing system with another that will cost far more.

These enormous challenges should motivate our nation in much the same way as the perils of past world wars did our forebears. Our nation’s people today are Americans just as much as those who rose up together in those past crises. But instead, today’s elected leaders bicker over their own political futures instead of that of our nation.

So bring on the debates. But debate what matters, not what panders. We urge our fellow citizens to look up toward the horizon, not down in the political gutter, and demand debate and decisions that build a better America for the long haul.