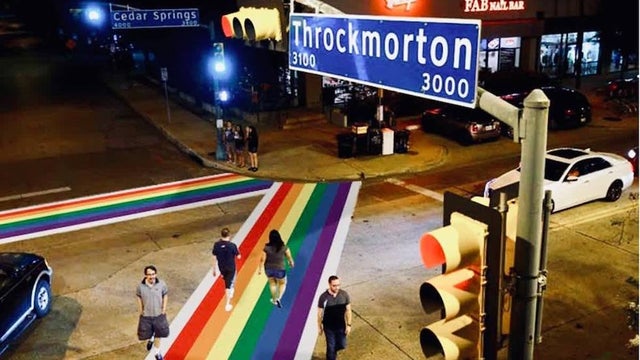 The Dallas City Council has voted unanimously to pass a measure to install rainbow crosswalks in a historic neighborhood in the city’s local LGBT community to mark the end of Pride Month.

According to The Dallas Morning News, the city voted to approve a construction project that will set aside funding for the installation of the sidewalks on Oak Lawn, a Dallas neighborhood that has been a safe space for local LGBT residents for years and was honored in 2018 with the state’s first LGBT historical marker.

Councilmember Medrano Adam Medrano told the local newspaper that the designs for the sidewalks will also include rainbow lights as well as a gateway monument. The overall design to the sidewalks is reportedly expected to cost $128,000.

Chris Luna, who was elected as one of the city council’s first openly gay members decades ago, told the paper he thinks the project is “a sign of community and belonging that people will relate to.”

"It also designates this as a safe space,” he added.

Luna said that he and the GLBT Chamber of Commerce Foundation had already raised $70,000 for the innovations prior to the Wednesday vote out of concern over whether the city would have fronted the bill for the project.

However, Luna said he and the foundation are confident they will be able to secure more funding for the project and additional money for maintenance costs.

In a post celebrating the move by the city council on Wednesday, the North Texas GLBT Chamber of Commerce called the vote a "great ending to Pride month" and said the "GLBT Chamber Foundation is honored to manage the project."