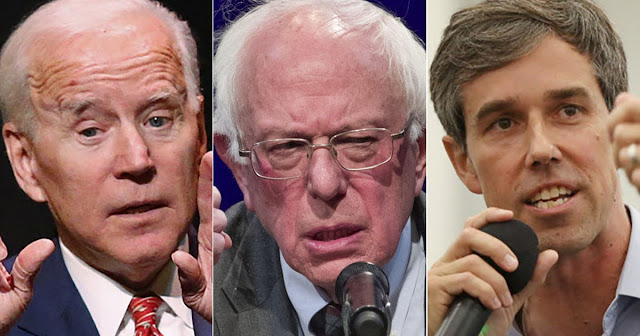 Former Vice President Joe Biden leads the field of Democratic nominees in Texas while home-state candidate Beto O'Rourke is in second, according to a poll released Monday.

Biden is the first choice of 23 percent of likely Democratic voters in the Lone Star State.

O'Rourke, a former congressman who made a strong upset bid for Sen. Ted Cruz's (R) seat in 2018, sits in second in the Democratic field with 15 percent support.

The other Texan in the race, former Housing and Urban Development Secretary Julián Castro, polled at 3 percent.

“And the top five candidates have 75 percent of the vote in Texas.”

O'Rourke's strong result in his home state comes as his numbers have struggled nationally.

A RealClearPolitics average of national polls has O'Rourke sitting in sixth-place in the Democratic Primary with just 3.6 percent of the vote.

The University of Texas/Texas Tribune surveyed 483 likely Democratic primary voters between May 31-June 9. The sample has a margin of error of plus or minus 4.46 percentage points.