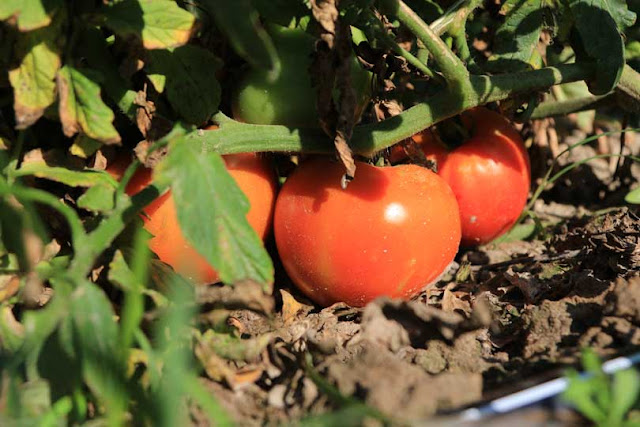 The United States is taking action against Mexican growers and exporters it says are undercutting the U.S. tomato market and hurting farmers, but the action could have unintended consequences.

The most recent extension of a 23-year-old agreement between the United States and Mexico to halt an anti-dumping investigation into Mexican tomatoes lapsed last week, reigniting the U.S. Commerce Department’s investigation and kick starting 17.56 percent tariffs on tomatoes.

“It’s basically about price,” Dave Salmonsen, director of Congressional Relations for the American Farm Bureau Federation, said in an interview with the Texas Farm Bureau (TFB) Radio Network. “They’re bringing them in below the cost of production. That was the allegation early on and continues to be the issue.”

The Commerce Department started an anti-dumping investigation in 1996, but a series of suspension agreements have kept it at bay.

The agreement typically limits sale of Mexican tomatoes during certain times of the year and sets a price floor.

“That works for a while until it’s seen as not being effective anymore, and they have to go back and renegotiate how this is working,” Salmonsen said. “That’s the process they’re doing right now.”

Officials from the U.S. and Mexico are discussing another suspension of the anti-dumping investigation.

Salmonsen said a “win” for the United States would probably be something similar to what we’ve seen in years past.

“We’re used to having this agreement. We’re used to tomatoes that are readily available year-round. That’s what consumers want, right?” Salmonsen said. “The U.S. growers involved in a short season don’t want to have the price ruined by a lot of imports. So that’s what they’re trying to manage—how much and when.”

More than 50 percent of Mexican tomatoes enter the United States through Texas, according to the Texas A&M AgriLife Extension Service, with 41 percent coming through Pharr and 11 percent through Laredo.

Extension experts say not reaching a deal with Mexico could impact about 8,000 jobs from packers to brokers to those involved in the transport of the tomatoes.

According to a study from Arizona State University, if a deal is not reached, consumers could pay the price.

Tomato prices for select varieties, like those sold on the vine or Roma tomatoes, could rise by at least 40 percent in the winter.

Meanwhile, U.S. growers’ share of the domestic market has fallen from 65 to 40 percent, according to the San Antonio Express News.

The Commerce Department’s investigation is expected to last three to four months if no deal is reached between the U.S. and Mexico before then.

If Mexican exporters or growers are found to have dumped tomatoes on the U.S. market in violation of the agreement, additional action and penalties may be levied by the U.S.