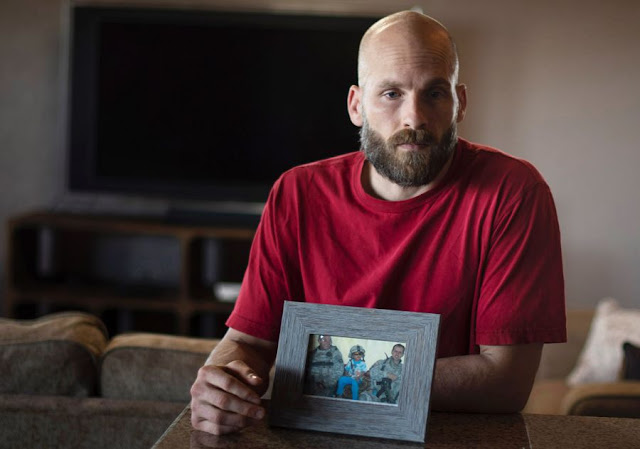 The White House released a statement announcing Trump's decision to pardon Michael Behenna, who was sentenced in 2009 to 15 years for shooting and killing Ali Mansur Mohamed. The move comes after repeated requests from Oklahoma's attorney general for Trump to pardon Behenna.

"Mr. Behenna’s case has attracted broad support from the military, Oklahoma elected officials, and the public," the White House said, noting that more than two-dozen generals and admirals, as well as numerous Oklahoma officials, have expressed support for Behenna, who hails from within the state. The statement adds that Behenna has been "a model prisoner."

"In light of these facts, Mr. Behenna is entirely deserving of this Grant of Executive Clemency," the statement read.

Prosecutors argued Behenna shot and killed Mansur, an alleged al-Qaida operative, in the desert in 2008 in retaliation for an improvised explosive device (IED) attack. Mansur had previously been ordered released due to lack of evidence for his connection to the terrorist group, and Behenna reportedly killed him while returning him to his hometown after attempting to question him about the IED attack.

Behenna was paroled in 2014 and was to remain on parole until 2024 prior to the pardon. Oklahoma Attorney General Mike Hunter (R) recently petitioned the Trump administration to pardon the Oklahoma native, writing to Attorney General Bill Barr in April that Behenna was convicted due to improper jury instructions and that prosecutors did not properly produce evidence bolstering his claim of self-defense. Hunter had previously petitioned for the pardon in February 2018.