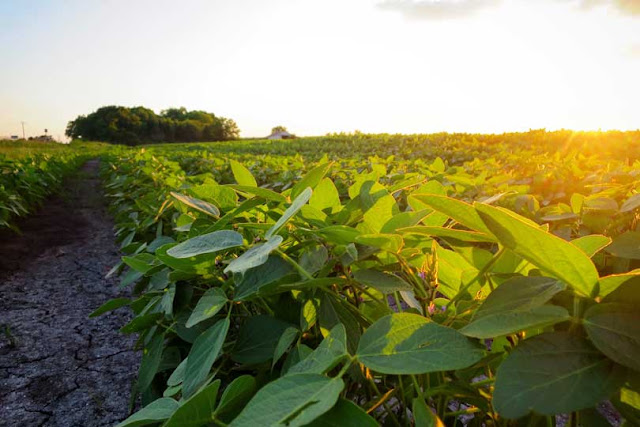 If the forecasts hold true, there will be 4 million fewer acres of principle crops planted across the United States this year and 438,000 fewer acres in Texas.

“If farmers end up planting what they told USDA surveyors, planted acreage to principle crops in this country will fall…to the lowest level in about eight years,” Rob Johansson, U.S. Department of Agriculture (USDA) chief economist, said.

Cotton, sorghum and soybean acreage are forecast down in Texas and nationally.

“We see the biggest declines in Montana, which is a wheat story; Texas, a cotton and sorghum story; and Oklahoma, which is a wheat and hay story; as well as Missouri,” Johansson said. “Those states have the largest year-over-year declines.”

USDA forecasts 21.392 million acres of principle crops will be planted in Texas, while 315.352 million are expected nationwide.

Texas farmers expect to plant around 1.35 million acres of grain sorghum this year.

“We have a trade disagreement with China. That has cut substantially into Texas sorghum exports,” Dr. Calvin Trostle, Texas A&M University professor and AgriLife Extension Service agronomist, said in an interview with the Texas Farm Bureau Radio Network.

Compared to several years ago, sorghum exports from Texas to China are not just greatly reduced but almost non-existent, according to Trostle.

“If I had to project, that probably means our sorghum prices are maybe around a dollar a bushel lower than they would’ve been if that market was still in place,” Trostle said.

Initially, there was a 179 percent tariff on sorghum, but China dropped the fee.

Still, a 25 percent tax, plus China’s base import tariff, remains.

“What is interesting to me is if you look at the intentions of sorghum farmers in Texas about a year ago at this time, the number of planting intention acres for 2019 actually is about the same as it was a year ago,” Trostle said.

In 2018, farmers planted several thousand acres more than were forecast at the beginning of the year despite trade tensions.

“In terms of intentions, we’re really not that much different than last year in spite of the China trade issue,” Trostle said.

Nationally, sorghum plantings are forecast down 10 percent year-over-year. If realized, it will be the lowest acreage on record.

Farmers may have moved from grain sorghum to cotton this year due to higher commodity prices for the fiber, but cotton plantings are forecast down 6 percent in Texas this year at 7.3 million acres.

Johansson said the cut is largely due to a reduction in planting intentions in Texas and Oklahoma.

“Those two states are still sitting on some quality-adjusted cotton that may be affecting producers’ decisions on what to plant,” Johansson said. “Often times, what does get planted in those sort of lower Southern Plains states will depend on subsoil moisture at the time of planting.”

Texas farmers are forecast to plant 14,000 acres of Pima, or long-staple, cotton. That’s down 22 percent.

Trade tensions took a toll on intended soybean acreage this year, which is forecast to decline 43 percent to 100,000 acres in Texas.

Soybean acreage nationally is forecast down 5 percent at 84.6 million acres.

“A lot of those acres are coming out of the places where corn is going up,” Johansson said.

According to the American Farm Bureau Federation, planted corn acreage is forecast to be in line with or higher than prior-year levels in 34 of 48 corn-producing states.

Texas farmers were busy planting rice in April. USDA forecasts 205,000 acres will be planted in the Lone Star State this year.

If realized, that’s up 5 percent from last year.

Nationally, rice plantings are projected down 3 percent at 2.87 million acres.

In addition to rice, oat and dry hay plantings in Texas are projected up.

About 5 million acres of dry hay will be harvested this year, if the forecast is realized. That would be up 5 percent from last year.

Nationally, all hay to be harvested is forecast up slightly from 2018 at 53.1 million acres.

Texas farmers are forecast to plant half-a-million acres of oats this year. That’s up 11 percent from last year.

Despite a wet winter that kept many farmers out of their fields, winter wheat acreage in Texas is forecast at 4.5 million acres. That’s unchanged from 2018.

If realized, that will be the smallest winter wheat crop since 1909 when records began.

“U.S. wheat is facing a lot of competition on world markets right now,” Johansson said. “Meanwhile, wheat stocks are up 6 percent from a year ago.”

Texas farmers are forecast to plant 180,000 acres of peanuts this year. If realized, that’s an increase of 16 percent from 2018.

USDA officials warn things can, and most likely will, change between the time farmers reported their intentions to the department in late February and when they plant.

“This report could be one of the factors that impacts the decisions they make, as they learn what other producers are thinking, as well,” Lance Honig, branch chief of the crops division at USDA National Agricultural Statistics Service, said.