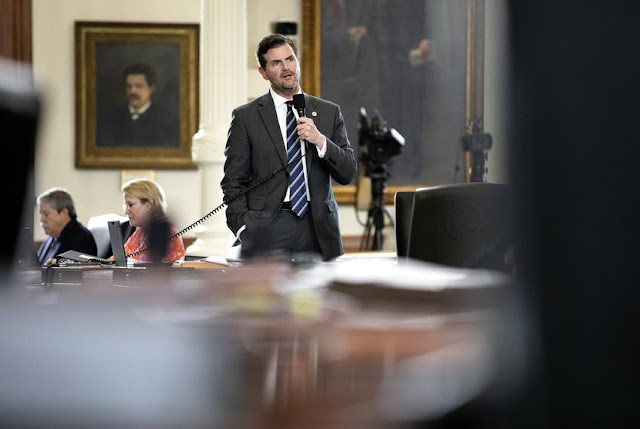 Are you not bored?

And do you not remember that this is what the governor and legislative leaders promised the people of the great state of Texas in January?

They said they were going to get along, that they were all on the same page, that this would be a meat-and-potatoes or bread-and-butter session (choose your preferred food group, if it’s in there). In conversation, elected officials — the Republicans in particular — said they wanted to govern without looking like they had been driving around in a Washington, DC clown car. This was going to be a serious, no-nonsense legislative session.

And for the most part, that’s what they’ve delivered. No bathroom bill to bring out the armies of culture warriors. Education bills without fights, or really any conversation at all, about vouchers or other ways to use public money on private schools. Efforts to fan the immigration flames have been relatively scarce, unlike the days of sanctuary cities legislation (once deemed an emergency issue by Gov. Greg Abbott). Compared with other states in recent months, this Legislature’s abortion law disputes have been muted. Other than false claims that an election bill would prevent old people from carpooling to the polls, the perennial skirmishes over voting rights have been side issues.

Sure, there are battles. That voter legislation, Senate Bill 9, has plenty of material for snarling, snarky debate. And the state’s misbegotten effort to purge non-citizens from voter rolls ended with a court settlement and, probably, the busted gubernatorial appointment of Texas Secretary of State David Whitley, who oversaw that fiasco. But those wrangles haven’t reached the pitch of years past, and certainly haven’t been loud enough to invoke comparisons with Congress.

And the social issues haven’t disappeared. Religious exemption bills were filed and debated; one, which started with a fight over a chicken sandwich franchise at an airport, faded last week when the House discarded it after a procedural objection. The Chick-fil-A legislation, as it was known, clucks no more.

Another cultural dispute, an effort by Senate Republicans to make it harder to remove Confederate statues and other monuments to the losers of the Civil War, produced a tense debate over race and history and party. It passed on partisan lines and awaits a hearing from a House committee.

The House, often the location for the hottest-burning emotions in the Texas Legislature, has seen plenty of debate this year. But any big drama over social issues has been hard to find there this year; nothing seemed to get anyone as excited as the back-and-forth over the operations of the Texas Windstorm Insurance Association, or TWIA. That’s not a subject that would fire up your favorite cable TV blabfest, but it evoked some heartfelt preachifying from state Rep. Todd Hunter, R-Corpus Christi, with a rare result: An issue that seemed sure to go against him as he began turned his way as he spoke. That passed 132-10 when he was done, and it awaits attention in the Senate.

The big issues are the issues state leaders talked about back there at the beginning, and with two weeks left in the 20-week session, they are properly teed up. That’s not a prediction that they’ll pass; many obstacles remain. And the issues of school finance, public education and property taxes could still easily bust into a raucous fight. The political stakes are high, and the policy differences are great.

But legislation that would require voter approval when cities or counties raise property taxes more than 3.5% is alive, along with some reforms to property tax procedures that could make protesting high appraisals easier for taxpayers. The school finance legislation that includes everything from teacher pay raises to increased state money for schools is also alive; the differences between House and Senate versions are big, but at least they’re still negotiating. That legislation might even produce some small property tax cuts.

It’s not the stuff of bumper stickers and campaign billboards. It’s not the kind of session that’s making headlines in other states where readers delight in news about Texas legislators gone bonkers.

This legislative session has not been, as the saying goes, anything to write home about. And that’s just the way the state’s elected officials want it.