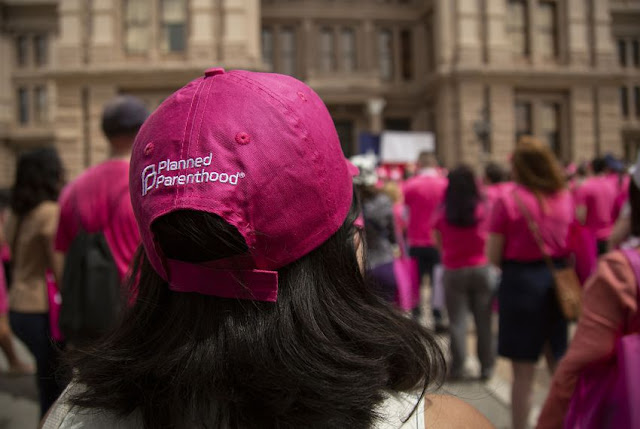 One of this session’s biggest anti-abortion bills, which would ban state and local governments from partnering with agencies that perform abortions even if they contract for services not related to the procedure, is headed to the governor’s desk.

The Senate chamber agreed Friday with a change to Senate Bill 22 made in the House chamber. The bill would prohibit the transfer of money to an abortion provider — but it would also bar the transfer of goods, services or anything that offers the provider “something of value derived from state or local tax revenue.” Abortion opponents worry that any money directed to abortion providers could be used to promote the organization in other important ways, like to finance advertisements or open a new clinic. They criticized Planned Parenthood’s $1-per-year rental agreement with the city for its East Austin clinic, which they’ve railed against as an unfair “sweetheart rent deal.”

But SB 22 has been termed by critics as the “biggest threat to Planned Parenthood this session.” The measure would also apply to an affiliate of an abortion provider, so no Planned Parenthood clinics could partner with local governments — even clinics that don’t provide abortions. Critics of the bill consider it an attack on local control. They think it would prevent people from accessing important nonabortion services like sexually transmitted disease testing and birth control counseling. They say providers like Planned Parenthood are a key part of the health care safety net for low-income residents in a state that has the highest rate of uninsured adults in the country.

When asked about some of bill’s impacts — like if it would block a local health department from passing out information from Planned Parenthood — Campbell said Friday she did not know the answer.

In the House, Rep. Jonathan Stickland, R-Bedford, added an amendment that clarifies that the bill would not restrict a city or county from banning abortions. Campbell said the amendment is a “neutral statement … that does absolutely nothing,” so she agreed with his changes. The Senate voted to concur with Stickland’s amendment in a 20-10 vote.

House Bill 16, which would penalize doctors who fail to treat the extremely rare case of infants born alive after failed abortion attempts, is also headed to the governor's desk.

Meanwhile, other anti-abortion bills failed to meet key deadlines needed to make it to the governors' desk. That includes Senate Bill 2243, which would have required women to get pre-abortion counseling, and Senate Bill 1033, which would have prohibited women from getting the procedure because of a fetus' sex, race or disability. SB 1033 would also have removed the current exception that allows abortions after 20 weeks if the pregnancy is not viable or if the fetus has “severe and irreversible” abnormalities.