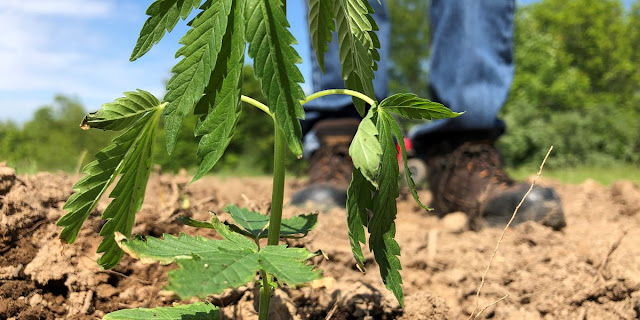 Wednesday at the Texas Capitol was hump day — or hemp day, state Sen. Charles Perry joked before the upper chamber unanimously approved a bill that would legalize the farming of industrial hemp in Texas.

After a relatively short, amiable debate, the Texas Senate approved House Bill 1325 by state Rep. Tracy King. The bill would legalize hemp and hemp-derived extracts like CBD oil as long as they contain no more than 0.3% of tetrahydrocannabinol, the psychoactive element in marijuana known as THC. While hemp-based products that contain no THC — like clothing and twine, protein powder, moisturizers and essential oils — are legal in the state, the plant cannot be legally grown here, and Texas businesses often have to source it from other states.

If the bill becomes law, marijuana would still be illegal.

Still, some lawmakers sought to clarify Wednesday that the bill would not open the door to recreational marijuana use and ensure the bill had provisions in place to reprimand farmers found to be growing hemp that contained more than 0.3% THC — which Perry called a “hot crop.”

“No, sir,” Perry responded. “I guess you could theoretically smoke it; you’d get no effect from it, and the bill specifically prohibits manufacturing for the purpose of smoking.”

“Nowadays people can smoke anything,” Hinojosa said before completing his line of questioning.

Perry, the Senate sponsor of the bill, introduced a reworked version of the legislation that requires the state to adopt policies for the random testing of CBD oil sold in various retail stores and requires permits for retail stores wanting to sell CBD oil or CBD products. It also creates fines for people growing crops containing more than 0.3% THC.

Under Perry’s version of the bill, law enforcement officers who see people transporting hemp in the state are given broad power to seize anything they believe could be marijuana or another controlled substance — regardless of whether it is. Those officers could then impound the hemp along with the controlled or illegal substance. Those provisions were not in the lower chamber's version of the bill.

The House and Senate will likely have to negotiate their significant differences over the bill in a conference committee before it can be signed into law.

“Hemp has thousands of uses and can be found in multiple commodities like seeds, oils, fibers and clothing,” Perry told other senators. “Hemp products can already be found in retail and various other grocery chains.”

More than 40 other states have legalized hemp production, but bills to do so in Texas have failed in past legislative sessions. After Congress passed the Farm Bill last year, legalizing hemp that contains no more than 0.3% THC at the federal level, states have been eyeing ways to create their own hemp programs so they won’t be under federal guidelines.

“Previously dormant pilot programs are all now activating after the passage of the 2018 Farm Bill,” said Lisa Pittman, a cannabis law attorney. “I personally believe Texas will become a leader in this arena since it's already a big agriculture-producing state to begin with. Farmers have been looking to this bill as a lifeline to save their family farms.”