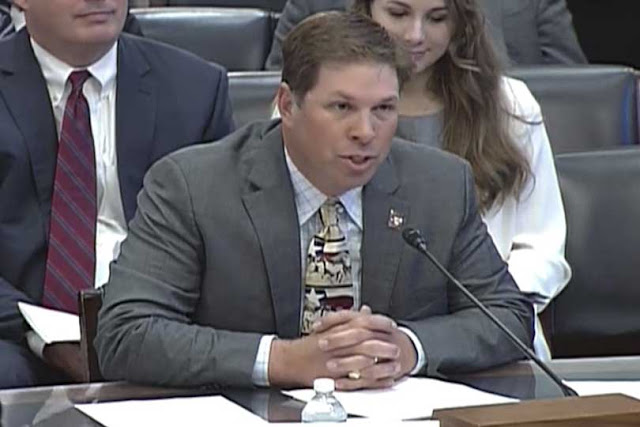 Even if a trade agreement is reached between the United States and China in the coming months, the nation’s farmers and ranchers will likely need more aid to stay in business, according to a Texas farmer and rancher who recently testified in front of a Congressional subcommittee.

“The farm economy in the Coastal Bend of Texas is lousy. It’s bad,” Matt Huie, president of the Southwest Council of Agribusiness and a Beeville area farmer and rancher, told the House Committee on Agriculture’s General Farm Commodities and Risk Management Subcommittee.

He told the committee 2018 was a tough production year. Although the Market Facilitation Program (MFP) was designed to help those impacted by trade tensions, it paid only on production. Those with low or no production didn’t receive much help from MFP.

“For 2019, we look here at likely negative cash flows again, unless we make an extraordinarily large crop, because we don’t have a price market where we can get that done,” Huie said. “We got enormous exposure based on the value dropping in crop insurance. Despite crop insurance being a great tool, when you have a systemic decline in price, we have a systemic decline in what we’re able to insure.”

Historically, when commodity prices have been low, input prices have followed. But that’s not the case lately.

The second-largest corn crop on record is forecast this upcoming year with ending stocks expected to be the highest in 38 years. That is expected to push prices to $3.30 a bushel.

If realized, that will be the lowest price in 13 years.

“The rest of the economy is doing well. So as our input costs have risen due to tariffs, due to industry consolidation, due to all other things in the economy booming, we’re still trying to sell stuff for the same price we sold stuff for 30 or 40 years ago,” Huie said.

Those factors combined make it difficult for farmers, ranchers and dairymen to earn a living, which could cause many to exit the business or make drastic changes to their operation.

“I think if the trade war ends tomorrow, this dispute will not be resolved,” Huie said. “The bins are full. The warehouses are full. There’s not a system in place to move that stuff out. We’ve got a world glut of grain.”

Huie urged the committee to consider another program like MFP, with certain corrections, to help those farmers who are struggling due to ongoing tensions with China, Mexico and other trading partners.

Congressman Filemon Vela of Texas, chair of the subcommittee, said a successful national economy cannot exist when such a vital component hurts the way farmers operate.

Farm debt is at a record high, and the national debt-to-asset ratio has climbed nationally for six years.

Farm debt as a proportion of annual farm income is at a 32-year high at 97 percent.

Trade tensions with China have been rising after a period of negotiations between the two nations.

The United States on Friday, May 10, raised the tariff it levies on $200 billion in Chinese exports from 10 to 25 percent. The president then instructed the U.S. Trade Representative to move forward with potential new tariffs on the remaining Chinese exports to the U.S.

In return, China has announced another round of retaliatory tariffs.

The Trump administration and the U.S. Department of Agriculture are in discussions about another round of MFP assistance.