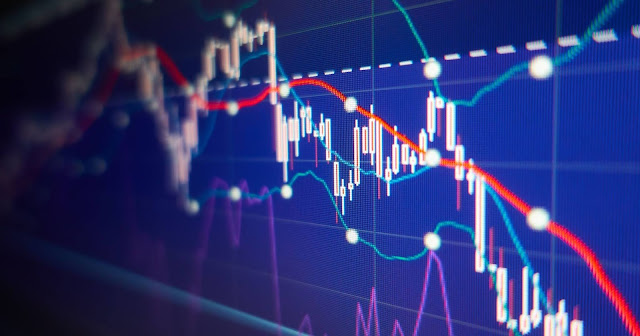 Markets fell on the news that China would move to retaliate against higher tariffs on Chinese goods imposed Friday by Trump, fueling concerns that Washington and Beijing are moving further away from a deal that would end the trade fight.

Trump has repeatedly downplayed the economic pain from the tariffs, but the retaliatory measures by China and falling stocks served as a reminder that both sides are likely to take a hit from a war involving the world’s two largest economies.

China’s retaliation rattled U.S. stock markets, which have adjusted to previous ups and downs in the tumultuous negotiations. The Dow on Monday sank 2.4 percent to 25,324 points, a level it first cleared in January 2018.

The new U.S. tariffs on Chinese exports are expected to raise prices for basic consumer goods, while China’s response would further squeeze farmers struggling to get by, according to trade experts.

Gary Hufbauer, a senior fellow at the Peterson Institute for International Economics, said in an email that Trump’s recent tariff hike could raise prices for furniture and clothing from China by 10 percent.

“The tariffs act like a tax on U.S. purchasers, business firms and households, increasing U.S. prices,” Hufbauer said. “China will suffer from the loss of sales as U.S. buyers gradually shift to other suppliers, foreign and domestic, at the higher prices.”

Higher prices for household goods and basic necessities pose dangers to consumers, especially those with lower incomes. Friday's tariff increase could raise prices on hundreds of consumer goods, though it could take several weeks for those price hikes to show up.

Trump has insisted the U.S. economy would face little damage from the higher tariffs, even as his administration plans to boost farm subsidies. He argues that while tariffs are applied to goods purchased in the U.S., most of the cost is covered in some way by China.

“We’re in a great position right now, no matter what we do,” Trump told reporters Monday.

But economists, including his own advisers, say the economy could bear heavy costs with a 25 percent tariff on goods from China, the largest source of U.S. imports.

“Both sides will pay in these things,” said Larry Kudlow, Trump’s top economic adviser, in an interview on “Fox News Sunday.” He added that China would also take heavy losses from a decline in exports.

Trump said Monday that he plans to meet with Chinese President Xi Jinping at next month’s Group of 20 summit, which could be a crucial step toward resolution. But if talks fail and Trump follows through with threats to tax all Chinese exports to the U.S., economists warned that the move could push the U.S. closer to a recession.

“Wars have casualties, and U.S. consumers are a pawn in this war,” said Diane Swonk, chief economist at Grant Thornton LLP. “If you have a prolonged trade war, you could get on awfully thin ice.”

After months of apparent progress toward a deal, Trump and Xi have since raised the stakes of their battle, along with the potential blowback for each country.

In response, Trump escalated the nearly yearlong trade war by hiking tariffs on $200 billion in Chinese goods from 10 percent to 25 percent. China responded on Monday by raising tariffs on $60 billion in U.S. agricultural exports, exerting more leverage over the ailing farm sector.

“China’s retaliation is likely to be gradualist but focused once more on the financially strained Republican farm belt,” wrote Kim Catechis, head of global emerging markets at investment firm Martin Currie, in a Monday research note. “Meanwhile, the US electoral calendar grinds closer and Trump’s window of opportunity to show results starts to close, thus reversing the pressure onto him.”

In total, Trump has imposed a 25 percent tariff on $250 billion in Chinese goods. He has also threatened to tax the roughly $300 billion in remaining Chinese exports not yet subject to tariffs if China doesn’t yield.

While China faces economic headwinds from the U.S. tariffs, analysts at Goldman Sachs found that the “costs of US tariffs have fallen entirely on US businesses and households, with no clear reduction in the prices charged by Chinese exporters” in research published Sunday.

The higher costs for Chinese goods may also be compounded by rising fuel prices and the spillover effects of Beijing’s retaliation against U.S. agriculture.

Swonk said that continued hardship for U.S. agriculture could cut food prices but also slow the economy by dragging down shipping, trucking and equipment sales. She added that an effective attack on China’s economy, the second-largest in the world, could bring the whole world down with it.

“When we’re looking at an economy like China, we’ve seen when it slows, it slows the rest of the world,” Swonk said. “The bottom line is this is not good.”