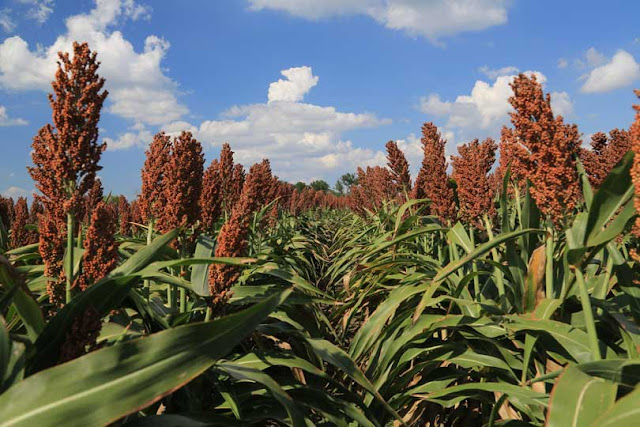 Sorghum acres could be down this year despite good growing conditions, according to a Texas A&M AgriLife Extension Service expert.

The U.S. Department of Agriculture (USDA) projects Texas farmers will plant an estimated 1.35 million acres of grain sorghum in 2019. That number is down from the 1.55 million acres planted in 2018.

The projected 13 percent decrease is caused in part from ongoing trade disputes with China, he said. About 25 percent of U.S. sorghum exported to China is grown in Texas, accounting for about $209 million annually.

“Many Texas producers are concerned that the trade dispute could cut up to $1 per bushel off of domestic prices,” Trostle said. “We send so much sorghum to China, the sooner the dispute is resolved the better.”

Farmers are also hesitant to plant sorghum due to sugarcane aphid infestations in 2014 and 2015, Trostle said. But plant hybrids, earlier planting dates, proper crop monitoring, treatments and beneficial insects have helped mitigate the impact of the pest.

“Their impact has been sporadic the last few years,” he said. “Around 25 percent of Texas sorghum acres are planted with sugarcane aphid-tolerant varieties, and growers are more vigilant in their monitoring. That has reduced their impact to the point some producers believe we have them whipped. But producers still need to be wary because Mother Nature can humble you.”

Sugarcane aphids have been identified in Johnsongrass along the Coastal Bend, he said, but no reports have been made in sorghum fields. The crop has mostly emerged in Central Texas, and High Plains planting is expected to begin soon.

“This is one of those one in eight years or one in 10 years that makes farmers eager to get their summer crop in the ground,” Trostle said.