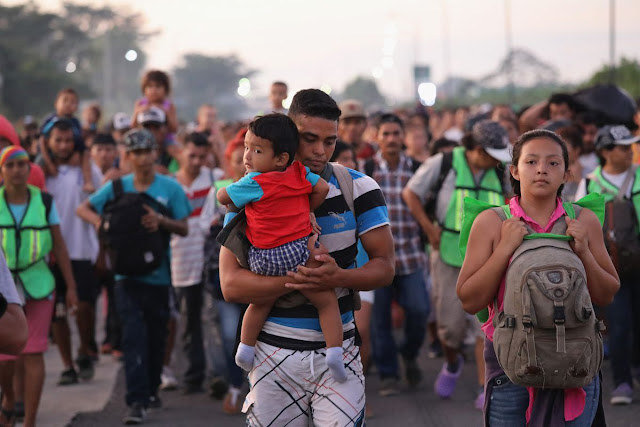 U.S. Border Patrol Stations and the Centralized Processing Center to include the Donna Temporary Facility are holding an average of 8,000 illegal aliens in recent days, a result of waves of migrants fleeing El Salvador, Guatemala and Honduras.

Despite the addition of a temporary facility constructed in Donna, Texas, the sheer number of illegal aliens crossing through the Rio Grande Valley has reached record levels, straining the sector’s capacity to process individuals. In order to create more capacity, agents and other personnel tasked to patrol the border have been re-assigned to construct four temporary structures at both the McAllen and Rio Grande City Border Patrol stations in order to provide additional shelter for individuals awaiting their turn to be processed. These additional structures, which are equipped with generators, lighting and HVAC systems expand the sector’s processing capacity.

“The longer illegal aliens remain in custody, the harder it can become to sustain our operations but housing the migrants in these tents is the default solution,” said Chief Patrol Agent Rodolfo Karisch.  “This is the reality of what happens when we simply cannot handle the influx of migrants arriving. We are doing all we can to ensure a safe environment for all involved but it is crystal clear that we have a real emergency on the border; this is not sustainable.”

At the Centralized Processing Center, individuals receive new clothing and shoes in addition to food and medical care. Costs to maintain and accommodate the needs of those being in custody have reached the tens of thousands of dollars per day.  Members of the DHS Surge Capacity Force, which is comprised of civilian employees along with the Coast Guard, Federal Protective Service, Office of Field Operations and Department of Defense (DOD) personnel from throughout the nation are assisting the sector in transporting migrants; providing administrative support, meal distribution and monitoring the welfare of individuals in CBP custody, however; DOD personnel are not conducting law enforcement actions.

With the increase in number of crossings come health concerns, as the sector is seeing a proportional increase in trips to local hospitals. Currently, RGV sector averages 20 hospital visits per day which may impact local hospital wait times.