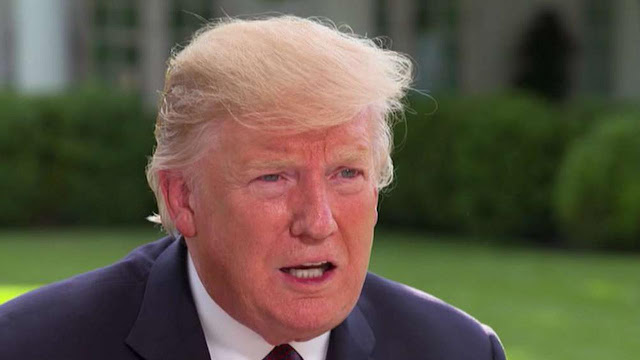 GOP senators say that if the House passes articles of impeachment against President Trump they will quickly quash them in the Senate, where Majority Leader Mitch McConnell (R-Ky.) has broad authority to set the parameters of a trial.

While McConnell is required to act on articles of impeachment, which require 67 votes — or a two-thirds majority — to convict the president, he and his Republican colleagues have the power to set the rules and ensure the briefest of trials.

“If it’s based on the Mueller report, or anything like that, it would be quickly disposed of,” he added.

Sen. John Cornyn (R-Texas), an adviser to McConnell’s leadership team, said “nothing” would come of impeachment articles passed by the House.

Given the Senate GOP firewall, Cornyn, who’s also a member of the Judiciary Committee, said he doubts that Democrats will commence the impeachment process.

“It would be defeated. That’s why all they want to do is talk about it,” he said. “They know what the outcome would be.”

Republicans hold a 53-47 majority in the chamber, and Vice President Pence would cast the tie-breaking vote if necessary.

Senate Republicans say that an impeachment trial would be given the bare minimum amount of floor time.

“Why on earth would we give a platform to something that I judge as a purely political exercise?” said Sen. Thom Tillis (R-N.C.), another member of the Judiciary Committee. “We have to perform our constitutional duty, but if people think that we’re going to try and create a theater that could give you the perception that this is a matter that rises to the level of Watergate, that’s nonsense.”

Tillis said he would support McConnell bringing the impeachment process to a quick close, and that any kind of extended trial would be “rewarding what I view as bad behavior on the part of the House.”

Tillis, who is up for reelection next year, said many independents and moderates in his state are tired of impeachment talk.

National polls show that fewer than 40 percent of Americans support impeachment proceedings against Trump, while the majority oppose them.

McConnell would have broad authority to determine how a Senate trial would play out. He could stifle the arguments of Democratic prosecutors from the House as long as he’s backed up by his fellow GOP senators.

Supreme Court Chief Justice John Roberts would preside over a Senate trial, but he would be constrained by the rules and traditions of the Senate, where the majority leader sets the schedule and has the right of first recognition.

Democrats would need to persuade at least four Republicans to break with McConnell in order to bring in any witnesses or exhibits he decides to block.

Murkowski said on Thursday that she hasn’t given much thought as to how a Senate trial might play out.

Democrats, however, are skeptical they would get much, if any, Republican support to overrule McConnell.

“There are 47 Democrats. On a good day, even when the president is at his most outrageous level, only three Republican senators will publicly say so,” said Senate Democratic Whip Dick Durbin (Ill.).

Former Sen. Trent Lott (R-Miss.), who was the majority leader when the Senate acted on articles of impeachment against former President Clinton, said he had broad power to shape the debate, which he wanted to keep short, knowing that it was politically unpopular.

“Some people wanted to bring Monica Lewinsky into the well of the Senate and take her statement in front of the whole Senate, and I said, ‘We’re not going to do that. As long as I’m the majority leader of the United States Senate, we’re not going to be talking about a stain on a blue dress in the well of this chamber.’ So we didn’t do it,” he said.

“Then they wanted to bring in Clinton’s appointments secretary, [Betty Currie]. I said, ‘We’re not going to do it.' We didn’t do it,” he added.

Lott said he was under pressure from House Republicans at the time to extend the trial by allowing multiple exhibits and witnesses, but he resisted knowing he wouldn’t get enough Democrats to convict Clinton on any counts.

“Some of the House people always felt like I could have gotten him removed if I really wanted to,” he said. “I wasn’t ever going to have the votes. So the question was: How do we do it with dignity to get it to a conclusion?”

Lott said he could have “pretty much” done whatever he wanted to set the trial’s procedure, as long as he had the votes to sustain his decisions.

He said he initially wanted Clinton’s trial to be shorter but had to ditch an even-more truncated schedule than what was eventually agreed to because of the objections of conservatives like former Sens. Rick Santorum (Pa.), Phil Gramm (Texas) and Don Nickles (Okla.), who wanted a more-thorough review of the charges.

And even though he only needed simple-majority votes to back up his decisions on the schedule, he circumvented a drawn-out battle over process by striking an agreement with then-Senate Minority Leader Tom Daschle (D-S.D.).

“I kept Tom Daschle informed of every step and basically had his acquiescence,” Lott said, adding “we had an agreement” on how to proceed.