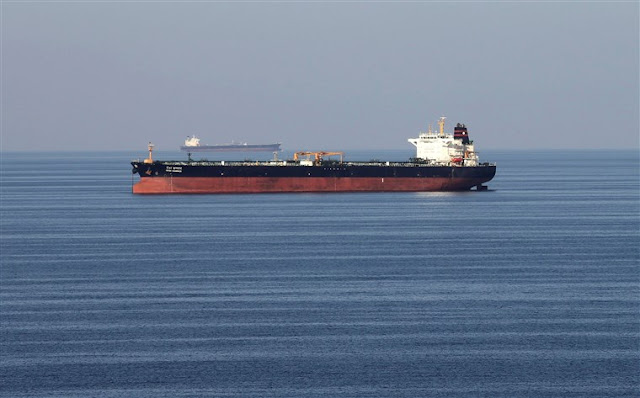 Two Saudi oil tankers off the coast of the United Arab Emirates (UAE) were sabotaged Sunday in attacks that caused “significant damage” to the ships, Saudi Arabia said Monday.

The Associated Press reports one of the tankers was on its way to Saudi Arabia to pick up oil to deliver to the United States.

“One of the two vessels was on its way to be loaded with Saudi crude oil from the port of Ras Tanura, to be delivered to Saudi Aramco’s customers in the United States,”  Saudi Arabia’s energy minister, Khalid al-Falih, said, according to the AP. “Fortunately, the attack didn’t lead to any casualties or oil spill; however, it caused significant damage to the structures of the two vessels.”

Reports of the attacks on the vessels come after the U.S. sent a warning recently that “Iran or its proxies” could be targeting ships in the region as tensions between Washington and Tehran escalate.

UAE officials did not provide details on the nature of the sabotage or who was responsible for the attacks, the AP noted.

The U.S. last week deployed a bomber task force and carrier strike group to the region as Iran had reportedly given “a number of troubling and escalatory indications and warnings,” national security adviser John Bolton said in a statement.

After Saudi Arabia announced the attacks on Monday, Iranian officials reportedly asked for clarification regarding the extent of the incident.

Iran’s Foreign Ministry spokesman, Abbas Mousavi, warned against any “conspiracy orchestrated by ill-wishers,” according to the AP.