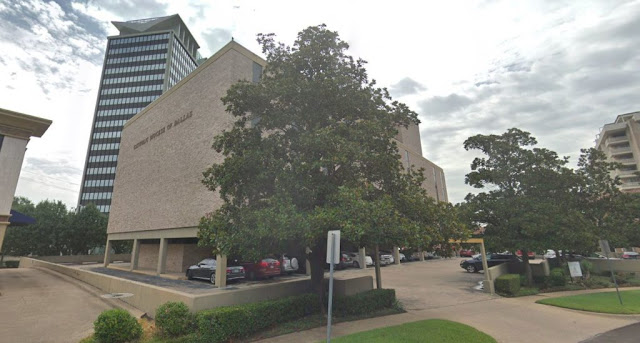 Spokeswoman for the Texas Catholic diocese Annette Gonzales Taylor confirmed that police searched the headquarters of the organization. The warrants were served at three locations, including the diocese's headquarters at 3725 Blackburn Street, a storage location on Ledbetter Drive and the St. Cecilia Parish.

Dallas police Maj. Max Geron, with the department's special investigations division, said Wednesday's raid was the furtherance of an investigation into sexual abuse allegations against Rev. Edmundo Paredes, the longtime pastor of St. Cecilia Parish who was credibly accused of sexual abuse by the Diocese of Dallas last year.

According to the search warrant, all five priests are accused of sexual assault of a child, a second-degree felony, however Dallas police clarified that statement Wednesday afternoon to say that the only one of the five priests to have been charged in the case is Paredes.

In a statement released Wednesday afternoon, the Catholic Diocese of Dallas said the following:

"The diocese has been cooperating with the ongoing investigation of these priests even before the list was made public, has given police the personnel files for all of the priests named in the warrant, and has been involved in ongoing discussions with DPD investigators. To date, the Diocese has not received a subpoena and the Diocese's involvement has been voluntary. The Diocese will continue to cooperate in all investigations of sexual abuse of a minor by clergy."

Amid sweeping revelations about the scope of rampant child sexual abuse in the church, all Catholic dioceses in Texas released the names of all clergy members accused of sexually abusing children in past decades in January.

At least 298 priests, deacons, and other clergy members across the state have faced "credible abuse" allegations going back to the 1940s, according to the list.

Dioceses in Texas are not the only ones to be grappling with these issues.

Last week, Pope Francis issued an edict requiring all Catholic nuns and priests report any abuse or cover-ups thereof, mandating that all dioceses worldwide have a system in place to receive reports confidentially.