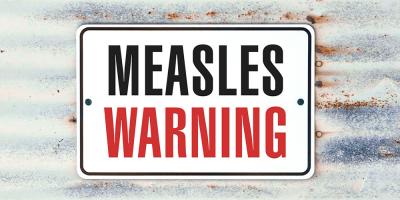 The number of measles cases in the U.S. has reached 839 across 23 states, according to the Centers for Disease Control and Prevention (CDC), as outbreaks across the country show no sign of slowing.

There have been 75 new cases reported in the past week, and the total number of cases is inching closer to the record 963 cases reported in 1994. The current outbreak is still the largest since the disease was declared eliminated in 2000.

No new states reported outbreaks in the past week, but the number of cases in New York — home of the largest outbreak in the country — continued to climb.

There have been 225 reported cases in Rockland County, New York, as of May 10, and the state reported 466 cases in Brooklyn and Queens since September. Most of these cases have involved members of the Orthodox Jewish community.

The outbreak began when an unvaccinated child traveled to Israel, and returned home infected with measles. The child infected others, most of whom were also unvaccinated. Nine out of 10 unvaccinated children will catch the highly contagious disease if exposed to it, according to the CDC.

New York Mayor Bill de Blasio (D) has imposed an emergency order that will fine people in four ZIP codes in Brooklyn $1,000 if they are not vaccinated.

As of May 6, New York officials said 22,833 doses of the measles, mumps and rubella (MMR) vaccine have been administered to people who are under 19 years old in Brooklyn since October.

Some states have begun taking steps to limit exemptions for parents who don’t want to vaccinate their children.

Washington Gov. Jay Inslee (D), who is also running for president, signed a bill Friday that eliminated personal or philosophical exemptions from the MMR vaccine.

“We should be listening to science and medicine, not social media,” Inslee said during a press conference. "It is science and truth that will keep us healthy, rather than fear.”

The Maine legislature is debating a bill that would remove “philosophical” objections to vaccinations but keep in place religious ones.

Only three states have outlawed any nonmedical exemptions for vaccinations: California, Mississippi and West Virginia.