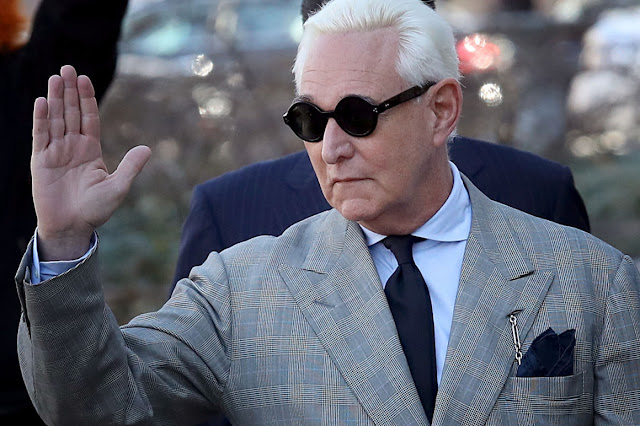 A judge on Thursday ordered the Department of Justice to hand over the unredacted portions of special counsel Robert Mueller’s report pertaining to Roger Stone for her to review privately.

Judge Amy Berman Jackson, who is overseeing Stone's case, has requested the redacted pages of the report relating to Stone, as well as those on “the dissemination of hacked materials,” be given to her by May 13.

Stone has been fighting in court to obtain the portions of the report about him that have been, so far, shielded from public view.

During a hearing last month, Jackson — an Obama appointee — suggested that she could review those redacted parts of the report privately while deciding whether Stone's lawyers should also be given access to them.

The Justice Department said during the hearing that they would be willing to give her those segments of the report but only with a court order.

The order will also make the judge one of a handful of people who have seen these redacted parts of the Mueller report.

The Democratic-controlled House Judiciary Committee on Thursday voted along party lines to hold Attorney General William Barr in contempt for refusing to comply with a subpoena to give those lawmakers the full, unreacted report, as well as the underlying evidence.

And the White House on Wednesday also announced that it would assert executive privilege over all materials pertaining to the report.

Stone was indicted earlier this year on several charges stemming out of Mueller’s investigation, including making false statements and impeding a congressional investigation.

He has denied the allegations and will go to trial in November.