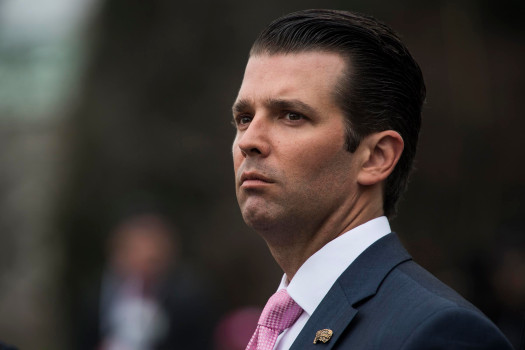 Donald Trump Jr. has agreed to appear before the Senate Intelligence Committee for a second round of questions, complying with a subpoena from Chairman Richard Burr (R-N.C.), who came under fire from fellow Republicans for demanding the testimony.

Trump Jr. struck the deal Tuesday to interview with the panel next month for between two and four hours. The committee had originally a set a 5 p.m. deadline on Monday for him to respond.

Questions about the Trump Tower project in Moscow and the June 2016 Trump Tower meeting between Trump campaign officials and Russian lawyer Natalia Veselnitskaya are fair game, according to a source who was briefed on the deal.

Another source said the committee outlined 10 topics it hoped to discuss with Trump Jr., but the scope of the interview was negotiated down to six topics. The two sides also agreed this would be Trump Jr.’s last appearance before the committee.

The agreement ends a tense standoff that divided Republican lawmakers for the past week.

President Trump’s staunchest allies, including Sens. Rand Paul (R-Ky.) and Ted Cruz (R-Texas), as well as House Minority Leader Kevin McCarthy (R-Calif.), argued that calling Trump Jr. before the committee for another round of questioning was unnecessary after special counsel Robert Mueller failed to find evidence of conspiracy between Trump’s 2016 campaign and Russia.

The intense pressure raised questions about whether Burr would back down.

Burr’s committee has been negotiating with Trump Jr. since December to appear for a second time to answer questions. The first time, Trump Jr. only answered questions from committee staff.

Trump Jr. initially agreed to testify to the committee in March but then backed out and rescheduled his appearance for April, according to a briefing that Burr gave to Senate GOP colleagues last week.

When Trump Jr. again broke his agreement to appear before the committee last month, the Intelligence Committee warned he would face a subpoena.

The source said Trump Jr.’s lawyers initially declined to let their client appear for a second grilling after the Mueller report failed to find any criminal misconduct. But faced with extended civil litigation or a possible Senate vote on contempt, Trump Jr. on Tuesday agreed to appear for a second time.

Trump Jr. had been holding out as he sought restrictions on the amount of time he would spend before the committee and the scope of the questions he’d have to answer.

Trump Jr.’s legal team drafted a letter explaining that he would not plead the Fifth but that he would defy the subpoena and risk being held in contempt of Congress.

In the letter, which was never sent, the lawyers argued that Trump Jr. had already testified for 25 hours, which they said was 14 hours longer than former Secretary of State Hillary Clinton testified about the deadly attack on the U.S. Consulate in Benghazi, Libya.

His lawyers questioned the committee’s motives for calling Trump Jr. back for testimony, arguing that there was no reason for him to respond to claims made by Trump’s former attorney Michael Cohen, who pleaded guilty to lying to Congress and is serving a prison sentence.

President Trump on Tuesday called the treatment of his eldest son “very unfair.”

“It’s really a tough situation because my son spent, I guess, over 20 hours testifying about something that [special counsel Robert] Mueller said was 100 percent OK,” Trump told reporters at the White House. “And now they want him to testify again. I don’t know why. I have no idea why. But it seems very unfair to me."

The fight over Trump Jr.’s appearance had become a distraction in the Senate, where Judiciary Committee Chairman Lindsey Graham (R-S.C.) on Sunday took the highly unusual step of urging the president’s son to ignore his colleague’s subpoena.

In doing so, Graham broke one of the Senate’s unwritten rules, as it is considered bad form to even speak for a colleague. Urging a potential witness to ignore a colleague’s subpoena is on a whole other level.

“I’m not addressing any questions on witnesses and [if] that’s what they’re commenting on. You need to talk to Lindsey,” Burr said. “Go talk to them and ask them what they meant.”

“I’m not going to address anything that deals with engagement of witnesses. Period. End of end of sentence,” he said, growing red in the face. “If you guys have got some real questions, shoot ‘em. If not, thank you, good try. I’m not going to answer them.”

Graham, a Trump ally who is up for reelection next year, made a splash over the weekend when he told Fox Business, “If I were Donald Trump Jr.’s lawyer, I would tell him, ‘You don’t need to go back into this environment anymore. You’ve been there for hours and hours and hours and nothing being alleged here changes the outcome of the Mueller investigation.’ ”

The statement sparked an angry backlash from Democrats and puzzled responses from GOP colleagues.

By Tuesday morning more than 65,000 people were using #LindseyGrahamResign on Twitter after a Democratic super PAC urged supporters to retweet it.

Sen. Richard Blumenthal (D-Conn.), a member of the Judiciary Committee, said that Graham’s statement conflicted with statements he made while serving in the House arguing that former President Bill Clinton could be impeached for failing to cooperate with congressional subpoenas.

Sen. Mark Warner (D-Va.), the vice chairman of the Intelligence Committee, took a little jab at Graham by arguing that potential witnesses are more likely to comply with his committee’s subpoenas because it’s viewed as less partisan than the Judiciary panel.

“I know there’s been a long history of ignoring some of the Judiciary Committee subpoenas and actions. So far our committee’s not had that approach,” he said.

Sen. Chuck Grassley (R-Iowa), the former chairman of the Judiciary Committee, said Graham’s statement “may be unusual” but noted that Graham “is a lawyer and I’m not.”

Graham’s comment was all the more surprising as it came after Burr explained to colleagues at a meeting Thursday the lengths his committee went to in an effort to get the president’s eldest son to make himself available for a second round of questioning.

On Tuesday, Graham reiterated his argument that Trump Jr. had no obligation to submit himself for new questioning.

“Mueller was the final word, I thought, on Russian activity with the Trump campaign, so you’re going to run into a problem as Congress of getting people to cooperate after they’ve been [before committees] multiple times,” he said. “I’m just making the observation that I’m worried now about where all this is headed.”

Graham’s split with Burr reflects broader division among Republican lawmakers over how hard to press for answers on Russia’s interference in the 2016 presidential election in the wake of Mueller’s report.

Paul on Sunday called the subpoena “a real travesty of justice.”

“I think it’s very unfair to the president and the president’s family on this,” he said on John Catsimatidis’s radio show.

Asked if he agreed with Trump’s charge that Burr was treating Trump Jr. unfairly, McConnell, who is close to Burr, declined to criticize his colleague.

“I asked him to undertake this investigation into Russian collusion a couple of years ago. He's indicated publicly that he believes they will find no collusion and we are hoping that we will get a report sometime soon,” the GOP leader told reporters after a lunch meeting with fellow Republican senators.