Defense Secretary presents plan to send up to 120,000 troops to the Middle East 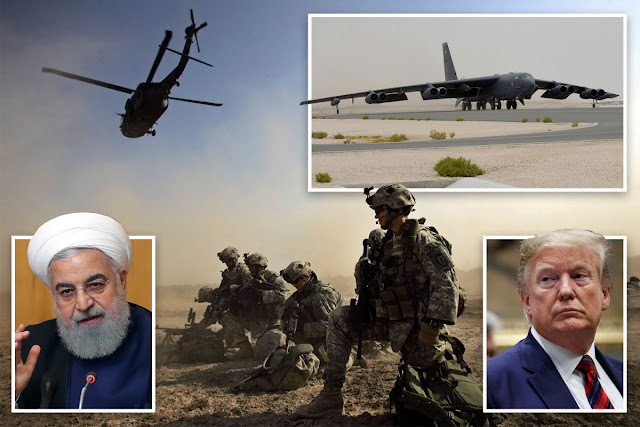 Acting Defense Secretary Patrick Shanahan last week presented the White House with a plan to send up to 120,000 troops to the Middle East in the event that Iran escalates tensions, according to a New York Times report.

The Times reports that National Security Adviser John Bolton issued an order for the plans and the proposal does not include a ground invasion that would require many more troops.

The plan was ordered to prepare in the event that Iran attacks American forces or accelerates the development of nuclear weapons, according to the Times, citing administration officials.

It is largely driven by national security advisor Bolton, who has pushed for more aggressive action against Iran under both Trump and former President George W. Bush.

It remained unclear whether President Trump has seen the plan or if he would support it given his frequent push for the withdrawal of U.S. forces from Afghanistan and Syria.

Two American national security officials told the Times they were concerned Trump’s announced Syria drawdown, as well as reduced U.S. naval presence in the region, had encouraged some Iranian leaders and given them the impression the U.S. will avoid a military confrontation if at all possible.

On Monday, when asked about the possibility of regime change in Iran during an appearance with Hungarian Prime Minister Viktor Orban, Trump responded, “We’ll see what happens with Iran. If they do anything, it would be a very bad mistake.”

It was also unclear whether Trump had been briefed about the number of troops the plan called for, which would be nearly the size of the initial American force that invaded Iraq in 2003, according to the Times.

European leaders have expressed concerns to Secretary of State Mike Pompeo about escalating tensions between Washington and Tehran, with British foreign secretary Jeremy Hunt saying, “We are very worried about the risk of a conflict happening by accident, with an escalation that is unintended really on either side,” according to the Times.

A series of moves in recent weeks has ratcheted up tensions between Iran and the United States.

On the anniversary of Trump’s announcement that the U.S. would withdraw from the Iranian nuclear deal, Iranian President Hassan Rouhani said Iran would scale back some of its commitments under the 2015 pact and last Sunday Bolton announced the U.S. would deploy a bomber task force and carrier strike group to the region in response to “a number of troubling and escalatory indications and warnings” from Iran.