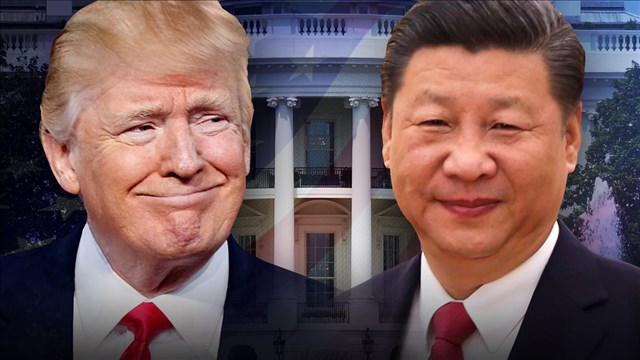 China's Commerce Ministry reportedly said Wednesday that it will respond "in kind" if President Trump moves to increase tariffs on Chinese goods.

The Washington Post reported Wednesday on the statement from the ministry, which comes amid ongoing negotiations between Washington and Beijing that Trump and top aides have said were close to producing a deal.

Trump threatened this week to increase tariffs from 10 percent to 25 percent on $200 billion in Chinese goods if Chinese negotiators do not reach a deal with their U.S. counterparts first.

"For 10 months, China has been paying Tariffs to the USA of 25% on 50 Billion Dollars of High Tech, and 10% on 200 Billion Dollars of other goods," Trump tweeted on Sunday. "These payments are partially responsible for our great economic results. The 10% will go up to 25% on Friday."

Administration officials have recently blamed China for walking back key terms of the current trade deal, with Beijing reportedly trying to reverse its vows to address issues such as theft of trade secrets and intellectual property.

“This undermines the core architecture of the deal,” a source in Washington familiar with the negotiations told Reuters.

“China reneged on a dozen things, if not more. ... The talks were so bad that the real surprise is that it took Trump until Sunday to blow up,” the source added. “After 20 years of having their way with the U.S., China still appears to be miscalculating with this administration.”

Though the two sides had hammered out a deal that would mandate China to work to ensure fair trade practices, Chinese sources told Reuters that any commitments to change existing laws could not be part of a final agreement.

The reversal reportedly sparked the threat from Trump to boost U.S. levies on Beijing.

Trump has credited his tough stance on tariffs with buoying economic growth at home, saying Wednesday that tariffs are “filling U.S. coffers...great for U.S., not good for China!”

However, in light of the threat, the stock market faced significant drops Monday morning before recovering later in the day.