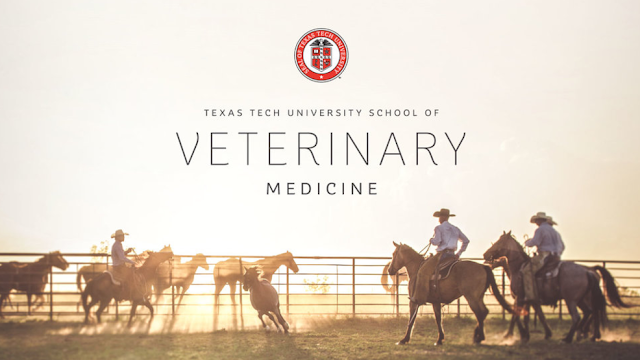 Back in the 1940s, I packed a suitcase and headed for Texas A&M University. I had big plans, dreams and confidence having just landed a basketball scholarship. My plans were to become a veterinarian, and I enrolled in some animal husbandry courses to make that happen.

My basketball prowess, sadly, was not as great as I thought, and soon they failed to renew my $25 a month basketball scholarship. (I still take some pride in noting the Aggies’ “12th Man” alumni magazine calls that scholarship withdrawal one of the top 10 mistakes in A&M history.)

I withdrew from A&M and headed north to Oklahoma A&M, now Oklahoma State University, in Stillwater, where I switched majors, ventured into the oil and gas business and had some pretty profound impact in the energy space and in retooling corporate America.

More than two years ago, I was approached by representatives of both Texas Tech University and the city of Amarillo seeking my support for a new Texas Tech veterinary school in Amarillo, a place I know well, having lived there for four decades.

Since that initial meeting, I have researched the issue, learned more about Texas Tech’s vision and concluded that legislative funding of that vet school is not only needed, but is long overdue. I have reached this conclusion after leading several research and planning sessions on the issue at my Mesa Vista Ranch involving key stakeholders, educators, veterinarians and ag community representatives.

Put simply, Texas A&M has been the only veterinary school option for Texas students for more than a century. And each year, far more of our students are forced to turn to vet schools outside of Texas and even outside the U.S. In 2017, there were almost 600 applicants for the existing veterinary program in Texas, but due to limited capacity, only 142 students were accepted and enrolled. More students left the state to pursue an education in veterinary medicine than the number of first-year students enrolled in the state. It’s a tragic — and preventable — “brain drain” that can and must be stopped.

But that’s only part of the problem. The competitiveness of our food industry is threatened by an aging pool of rural and large animal veterinarians, particularly in West Texas. According to data compiled by the Texas Board of Veterinary Medical Examiners, more than 75 percent of the state’s incoming veterinary workforce was educated outside of Texas. Reports note that there are only about 180 veterinarians in Texas who exclusively serve livestock in rural areas. In these communities, where most of the state's livestock are raised, 41 percent of the veterinarian workforce is over the age of 60.

Down in Austin, state legislators are debating all aspects of the upcoming state budget. It is critical that both chambers approve and send to the governor for his signature a budget that includes full funding ($17.4 million) for Texas Tech’s veterinary school without unnecessary and unprecedented obstruction, to ensure the university receives its funds immediately.

It’s common knowledge that Texas Tech has had to overcome numerous roadblocks and interference to get to where they are today with this vet school. But that just goes to show how necessary and how supported this vision is.

Texas Tech’s veterinary school will support an important industry that fuels our state, and provide educational opportunities for new generations of Texans.

State funding will unlock more than $90 million that has been raised by generous donors and communities in Texas who strongly believe in Texas Tech’s veterinary school.

This is a no-brainer, and should be a cut-and-dried funding issue. It has been debated long enough and, in that time, the need for the veterinary school has only grown greater. The Legislature should approve the funding, with no strings attached.

I am confident that Texas can count on its leadership to get it right when funding this much needed veterinary school in our state.

T. Boone Pickens is the Chairman and CEO, BP Capital